The terrorist attack on the gas plant in In Aménas in Algeria ended in tragedy. The plant was operated by the Norwegian company Statoil and British BP together with the state-owned Algerian company Sonatrach. 800−900 people worked at the plant, and they came from a number of countries. Among the hostages killed, we find people from 8 countries – including Norwegians.

On the terrorist side, there were participants from at least six countries in North Africa. The Algerian Mokthar Belmokthar, who heads the organization The Masked Brigade , has taken responsibility for the operation, which was apparently planned and launched from northern Mali (see facts). Prior to the terrorist attack, France had launched an operation to stop forces from northern Mali with strong Islamist characteristics from taking power in the rest of Mali as well. Behind it all, we can glimpse the Western fight against terrorism .

2: Algeria with spread to Mali… and back

Mokthar Belmokthar is originally from Algeria, but he has lived in northern Mali for several years. As a young man, he traveled to Afghanistan in 1989, where he received weapons training and his first combat experience. When he returned home in 1993, Algeria was thrown into civil war as a result of an unfinished parliamentary election in December 1991. After the first of two rounds, this election was likely to be won by the Islamic Rescue Front (FIS).

However, the military in power in the country would not accept that a party based on political Islam came to power; they canceled the second round of elections and took over the government. This triggered mass demonstrations that turned into increasingly bloody acts of violence throughout the 1990s.

The result was a civil war that began in 1992 and did not end until 2002. The worst abuses were committed by both sides, and 150,000-200,000 people were killed. In this conflict, Belmokthar first fought for the Armed Islamic Group (GIA) before joining the Salafist group for preaching and fighting (GSPC) towards the end of the civil war .

When it became clear in 2002 that the Islamic groups had lost the conflict, Belmokthar and some others refused to surrender. They fled and managed to escape to the desert areas of northern Mali. This area the Malian state had only limited control over due to conflict with the Tuaregs who live there. In any case, the combination of mountains, hard-to-reach desert areas and weak states makes it difficult – perhaps impossible – for states to control the Sahara part of North Africa. And how natural are the state borders in the area?

According to REMZFAMILY.COM, the conflict in northern Mali is not new. Ever since the country became independent from France in 1960, there have been conflicts between

By the way, the Tuareg are a group of people living in several of the countries in North Africa, but in the minority in all of them. Also in Niger, there have been conflicts between Tuaregs and the government in the country. This is still an important dimension of the unrest in the area. The dream of self-government or independence for Azawad, the Tuareg homeland, has never completely disappeared.

The conflict in Mali often follows a pattern where the course of the conflict varies greatly – at times the conflict can be characterized by stagnation and then suddenly flare up again and develop at breakneck speed. This is exactly what happened in the spring of 2012. The year before, Tuaregs who were mercenaries in Libya had to return home after the fall of the Gaddafi regime. With them they had both combat experience and modern weapons. And they came home to an area of ​​high unemployment after one of the most important sources of income – the income from tourism – had, so to speak, dried up. Many hostage actions against western tourists in the area had had their effect.

Returned Tuaregs started a new rebel movement, the Azawad National Liberation Movement (MNLA). Faced with this fighting force, an already demoralized (including tired of corruption) and poorly equipped Malian government army left the front line. Parts of it instead carried out a coup in the capital Bamako and deposed the political leaders led by President Toure.

The country was thus thrown into a political chaos that has lasted since March 2012. In the north, the MNLA proclaimed the new state of Azawad on April 6, 2012 – mainly in the area of ​​the three northern provinces of Timbuktu, Gao and Kidal with a total of about 2.2 million inhabitants (the whole of Mali has 15.5 million). Far from all are Tuaregs. Pretty soon, the Tuareg in the MNLA lost control when a new and more Islamist Tuareg movement emerged, Ansar Dine, which allied itself with two other, regional Islamist groups and outmaneuvered the MNLA. 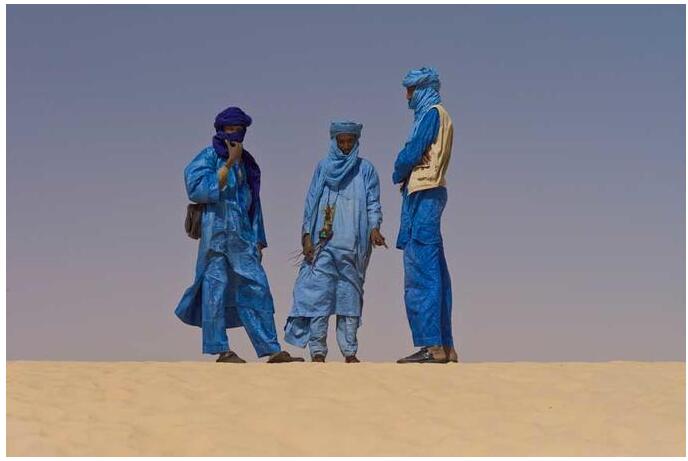