For a period, a security vacuum arose with looting, murder, rape of residents on mass flight. Three different Islamist groups therefore moved into this space of power and created a certain form of order, but also a strictly Islamic rule without roots in local religious traditions.

This was the situation until the rebels again moved south (January 2013), and panicked leaders in the capital begged France for help. France intervened, and the conflict has suddenly taken on a whole new character and dynamic. This is a high risk game. Mali is therefore currently in a very difficult phase. Will France, in cooperation with troops from the Organization of West African Countries (ECOWAS) and the Malian army, be able to repel the Islamist rebel groups that have controlled northern Mali for almost a year? Or will the intervention get stuck and end in a protracted conflict with rebel groups that receive support from the local population? So far, the intervention has received great support from the population.

It is mainly in the desert between Algeria, Mali, Mauritania and Niger that Belmokthar has resided since 2002. Here began a new chapter in his life as an Islamic warrior . The Tuareg were initially not interested in Belmokthar or the GSPC’s Islamic agenda, but neither did they view them as their enemies. They were more concerned with their conflicts with the Malian state than with fighting a smaller group that had crossed the border from Algeria. Northern Mali therefore became a haven for Belmokthar and his allies. This port of refuge exploited the experienced and pragmatic warrior Belmokthar to his advantage.

At this time, the old trade routes that have crossed the desert for centuries had gained new relevance as smuggling routes . Everything from ordinary goods to people who wanted to flee to Europe and cigarettes, weapons and drugs were transported here. Belmokthar soon became an important player in this game. When the GSPC decided to embrace the al-Qaeda banner by renaming the al-Qaeda movement in the Islamic Maghreb (AQIM), Belmokthar was not initially a strong supporter of it.

He was more concerned with building alliances for his smuggling business by marrying into local groups and continuing his business as a robber baron. If he took Western hostages, it was more to get ransom (something he succeeded in several times) than to use the hostages to make political demands. His bandit business went so far that he was referred to both as Mr. Marlboro (cf. his involvement in cigarette smuggling) and as the area’s “robber jihadist”.

What can explain that such a man strikes a terrorist attack that will make him the most hunted man in the entire Sahel (see facts)?

It will not serve his interests in shady business. One possible explanation, however, is the recent events in northern Mali and how in the autumn of 2012 he was almost thrown out by AQIM.

5: The rebels in northern Mali

According to THEFREEGEOGRAPHY.COM, the Islamist insurgents in northern Mali do not form a united front. They have more the character of a tactical alliance between

There are various theories as to why Ansar was formed. One theory is that Ag Ghaly created the movement as a military front after he was denied a seat on the MNLA leadership. This may be true as Ansar mainly has two agendas : one related to internal strife among the Tuaregs and a national one that deals with the Tuaregs’ situation and the role that religion (Islam) should play in Mali. This means that it may be possible to negotiate with them , and ECOWAS has tried this in parallel with the organization planning a military intervention.

But why did Ansar move south in the first days of January 2013 while informal talks were taking place? Were the talks with the government in Bamako just a tactic to gain time to prepare for further progress? Or was the offensive to the south a desire to get better bargaining chips on hand? The latter is as likely as the former, but whatever the motive, Ansar played a daring game. It is possible that they simply did not think that the authorities in Bamako would react the way they did, nor that France would intervene.

Also MOJWA moved south towards Bamako, but could have done this from completely different motives than the Ansar. They are hardly interested in negotiations as there is nothing to negotiate with them about. To the extent that MOJWA has an interest in negotiations, it is that they fail. The same can be said about AQIM . At the heart of AQIM are people who took part in the losing side of the Algerian civil war but did not want to give up the fight. They fled south and into northern Mali. Here they established themselves in inaccessible desert areas, took western hostages and demanded ransom and eventually changed their name from GSPC to AQIM .

The name change does not mean that they had suddenly become an operational branch of al-Qaeda. Rather, it should be understood as a marketing strategy to appear more international and powerful than they really were. In many ways, this worked when West Africans from other countries in the area sought out AQIM and joined the movement. It was these who later came to break out and form MOJWA.

It is therefore a motley assembly of people with different interests and motives that France has now gone to war against. How they will react, remains and see. Will they flee back to the desert, or offer fierce resistance from their current positions? This is an element of uncertainty. A completely different thing is what is happening now in Bamako. 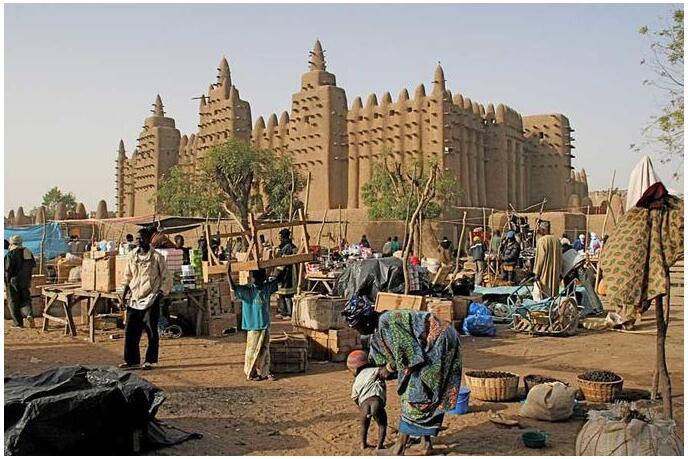