In contrast to many other Caribbean islands, Barbados would never be described with the word “sleepy”. The people are open and friendly. Barbados is located in front of South America, the island has some famous luxury resorts and is known for its rum. In addition, the restaurants in Barbados are considered to be the best in the entire Caribbean.

Barbados is the easternmost island in the Caribbean. While you can find white sandy beaches almost everywhere in the Caribbean, this is where you can sample a bittersweet rum Mount Gay , dance to calypso music, or attend a polo or cricket match. If you don’t want to spend all the time on the beach, you can explore the luxurious Caribbean island, which is bursting with breathtaking architecture and beautiful nature.

Even after independence from Great Britain in 1966, the country stuck to British traditions such as afternoon tea, cricket and horse racing. However, trademarks of the Caribbean and West Africa can still be found in the island’s sugar cane fields, rum distilleries, and lush landscapes. And then there are the many beaches. While all of Barbados’ coastlines offer scenic views and soothing sea breezes, Dover Beach, Bathsheba Beach, and the sandy beach overlooking Carlisle Bay are some of the main beaches in the country.

High season in Barbados is from December to mid-April. The prices of the hotels are then almost twice as high as in the rest of the year. If you are planning a vacation during this time of year, you should be aware that some hotels require guests to prepare a meal plan in advance. You usually don’t need to fill out a meal plan in the off-season. The big advantage of the high season, however, is that it is drier than in summer and autumn. It rains significantly less in the winter months than in the summer.

Temperatures remain pleasantly high from mid-April to June, but prices are lower than in winter. The transition period can be interesting in terms of price, but you have to expect short showers more often.

Although it is possible that there is a storm from July to November, the risk of hurricanes is ultimately low. Despite the occasional rain, this time is ideal because the prices fall by up to 50% even in the posh resorts. Plus, you’re in Barbados when some of the best parties on the island take place with the Crop Over Festival in July or the Barbados Food & Wine and Rum Festival in November. For bargain hunters , this time of the year can therefore even be the optimal travel time , depending on how you feel about some rainy days.

January has an average high of 28 ° C. Although it rains now and then, it is still one of the driest months, with brief tropical showers that will pass in a short time and give way to sunshine the rest of the day. As it is a very popular month to travel, we recommend booking early.

As these are the driest months, it is also the most popular travel time for Barbados. We therefore recommend that you book as early as possible.

May can be a great time to travel. You are slowly moving towards the rainy season, so the prices are lower. It is raining a little more now, but it is usually still drier than in January with a lot of sunshine.

The temperatures and the number of hours of sunshine in Barbados in June remain as high as in the rest of the year, but the chance of short showers increases. Lower prices make the month a great time to travel.

Attractive offers are only a fraction of what you have to pay in the high season. There is a reason for this, however, because the precipitation is now relatively heavy, although it usually only lasts for a short time at this time of the year. Despite the sometimes heavy rains, there are still many hours of sunshine and the island landscape is lush with lush, green vegetation and beautiful tropical flowers. The official hurricane season is between July and November, this should always be kept in mind when traveling to Barbados.

December is a relatively dry month and the island has regained its colorful vegetation after the rain of the past few months. Christmas is a very popular travel time, and for this reason many people often book a year or more in advance.

The Bajan cuisine has a high proportion of seafood. The national dish is flying fish with cou-cou, a dish made from cornmeal mixed with okra, tomatoes, onions and peppers. Other typical dishes are mussel cakes, plantains, breadfruit, coconut bread and the Caribbean main course: rice and peas.

Barbados is considered the birthplace of rum and there are over 100 rum shops on the island where you can try different types of rum. Mount Gay is the oldest and most famous brand.

There is an excellent restaurant scene in Barbados, offering everything from contemporary Italian to Asian cuisine. But you will also find many rustic restaurants where you can find hearty homemade dishes.

The official language in Barbados is English, but it is spoken with one dialect. This dialect is a combination of British English and various West African languages.

More and more people are growing up multilingual. French and Spanish are the two most common foreign languages ​​taught in schools. Communication in hotels, restaurants and at sights is therefore very easy.

According to thereligionfaqs, the local currency is the Barbados dollar, it is pegged to the US dollar. US dollars are accepted across most of the island, and most shops and restaurants accept credit cards.

Since Barbados is in the tropics, we recommend loose cotton casual clothing. If you want to eat in one of the posh restaurants, men should pack a shirt with a tie and jacket and women should pack a chic dress. It usually gets cooler at night, so it’s worth taking a sweater with you.

Please note that wearing camouflage clothing and items made from camouflage material is prohibited by law in Barbados. These are confiscated and not returned. 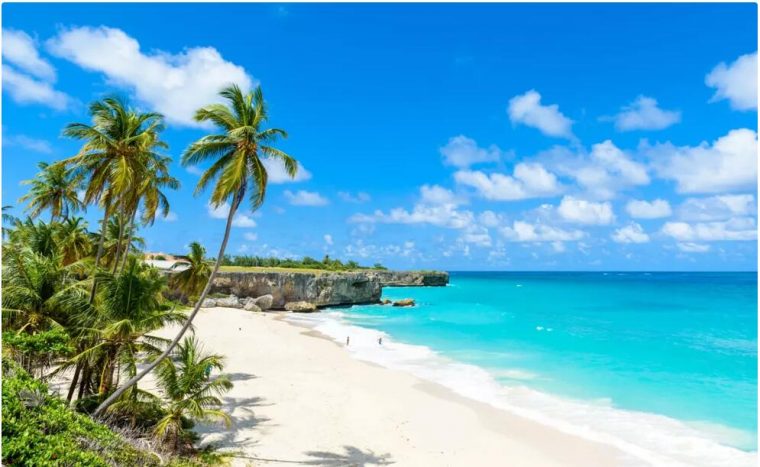