Brazil is a country that is full of resources and wealth. At the same time, it is one of the countries in the world where the social differences are greatest. While a small percentage of the population lives a life of luxury and abundance, the slums are growing. Young people who grow up in poor slum areas have few or no opportunities for a good education.

The poor educational opportunities in the slum areas present major problems for the young people themselves, the local community and the wider community. Young people – because they lack other offers and sources of income – often have to make a living from illegal activities. By giving the young people in the slums alternative leisure activities and a good educational offer, this could have been avoided. Therefore, Operation Dagsverk 2010 will work to ensure that young people in Brazil have equal opportunities to create a future for themselves – in their own city.

The educational situation in the big cities in Brazil can often feel hopeless. The schools are divided into public and private . Thus, young people with different social backgrounds are separated early. While the private schools, which are very expensive to attend, have a good teaching program, the public schools often suffer from a lack of space, poor sanitation, poorly trained teachers and virtually no teaching aids.

The students at these schools often experience leaving school without having acquired the knowledge needed to enter a profession, or to get a place in the country’s institutions of higher education. Many feel overlooked and stigmatized by those in power. The law clearly states that everyone has the right to education, as do UN human rights. However, this is downgraded when it comes to children from the poorest part of the population.

Their schooling is not organized in such a way that what they learn will help them get a job, or start higher education. Because of this, many young people fail to complete primary school. Rather, they work to support themselves and their families.

Much of the basis for the great social differences is closely linked to the violent urbanization of recent decades. People are moving from the countryside to the big cities. The desire for a job and a better life for oneself and the family is strong, but often it does not go as the young people and their families had hoped.

Unemployment in big cities, as well as in rural areas, means that immigrants end up in slum areas. Living conditions there are often not significantly better than at the place they moved from. In addition, young people are exposed to a harsh environment in the slums: Drug trafficking, violence, human trafficking and prostitution have become the last resort for many young people in the cities of Brazil, a country located in South America according to PROGRAMINGPLEASE.

The social injustice can be traced back to the colonial era . Then it was Brazil a Portuguese colony (-1,822), and the Europeans ran overexploitation on Brazilian resources. And it was Europeans who reaped the vast majority of the profits from this business. This is reflected in today’s Brazil. The upper class is largely white of European descent , while the majority of the country’s black population, who are often descended from slaves, live in poverty in the slums. This is particularly visible in the Brazilian media and in politics.

Although in some cities as many as 80 percent of the population are black, top politicians and famous faces from the media are almost exclusively white. For the poor part of the population, this leads to an alienation from their own city and culture. Those who live in the slums almost never recognize themselves in the situations that take place on television or that are mentioned in newspapers, as the majority of Brazilian media are controlled by a few, rich, white families. 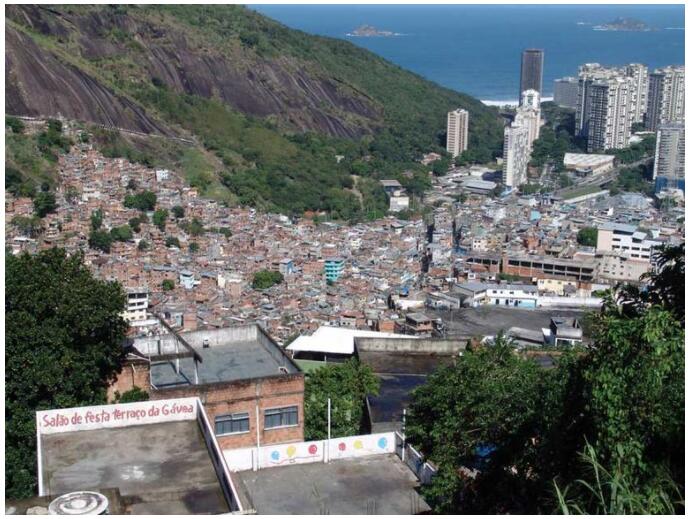