Under the prevailing social inequalities, freedom of the press and expression is strongly pressured. Both young people and adults who live in Brazil’s favelas (slums) lack arenas where they have the opportunity to express their opinions. Although many communities have places where they can express their culture and political views, it does not help the communities in the big and significant contexts, simply because the authorities do not participate in these gatherings. The opinions that come from the poorest districts rarely reach the people who can actually make a difference and change the living conditions in the slums.

5: The problem of violence

“The biggest challenge in our community is violence. One is always afraid of being assaulted. It is common in all the big cities. Drugs are also a big problem. Politicians have no policy for young people, voluntary organizations must take care of that. And we have far too few of them because they do not receive any support from the state, “says 13-year-old Kelvie. She herself is involved in a project in the city of Fortaleza, where young people have the opportunity to develop culturally and learn about their rights and opportunities.

The drug environment causes major problems in local communities, especially for young people. Unemployed youth apply for gangs and are quickly drawn into gang wars, prostitution and violent environments. Every year, 40,000-60,000
murders occur in Brazil. A large proportion of these killings are linked to drug trafficking, and the majority of those killed are young people without education who live in the slums.

Operation Dagsverk 2010 is, in short, about giving young people a place and a voice in their own city . Complicated electoral processes, corruption and discrimination mean that a large part of Brazil’s poor population is kept out of elections, which at least on paper must be democratic. The country has laws that give everyone the right to vote. But i.a. because information about politics, the country’s economy and development does not reach large sections of the poor population, they choose not to vote, even though the elections are very much about them and their future.

Providing young people with information, not only about their right to participate, but also about their obligations to their own city, is fundamentally important for the positive development of the political environment and political organizations. On the whole, it is beneficial for democracy that all strata of society participate. In addition, the dissemination of such information will have positive ripple effects on the environmental situation in the big cities. Young people who are engaged in their own city will also be able to take on the task of solving problems such as pollution and littering.

The UN’s Millennium Development Goals state that by 2015, basic education for all children must be ensured. UN figures say that “the goal is about to be reached” in Latin America. Nevertheless, almost half of the population is illiterate in some areas of Brazil, a country located in South America according to POLITICSEZINE. In the big cities, the illiterate live almost exclusively in the slums, and even though they are fewer than in the countryside, it is still claimed that up to 50-60 percent do not get anything out of a simple text if they try to read it.

Globally, however, this is a millennium goal that, in many continents, appears to be achievable according to statistics. South Asia and sub-Saharan Africa are the areas that are by far the most struggling to reach this millennium goal.

At a UNESCO conference, Foreign Minister Jonas Gahr Støre stated that 90 percent of all the world’s children go to school. Focusing solely on quantity and disregarding the quality of education that actually takes place in developing countries is problematic. Firstly because the young people themselves, later in life, do not want any benefit from the education they acquire, and secondly because it is important for developing countries that everyone who undergoes and receives support for education uses it for something.

As long as the future prospects of Brazilian youths are more enticing by selling drugs, prostituting themselves or engaging in gangs than going to school, it does not help that the percentage of children who go to school is high.

The challenges for quality assurance of the Brazilian school are many. First, today’s school contributes to making social inequalities even greater. Educational institutions help to create a welfare gap that is difficult to fill. First and foremost, it is the public schools that lack well-educated teachers, curriculum goals and material resources. 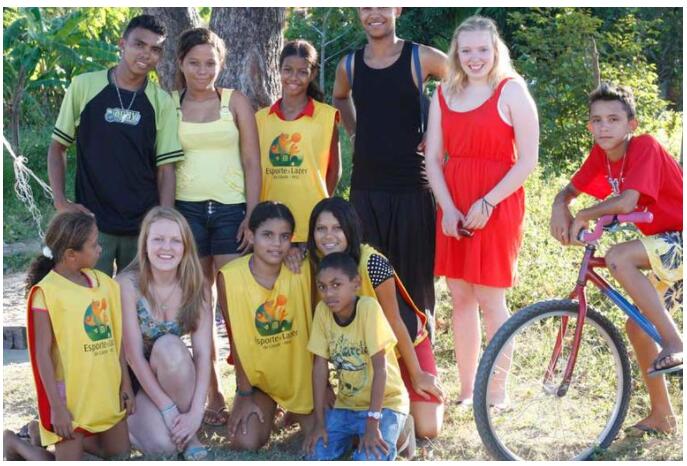