One year after the Summer Olympics in Rio de Janeiro, many of the sports arenas are abandoned. The quarrel over who will take the bill after the games is a good picture of Brazil in 2017. After a strong upswing in the 2000s, Brazil today is characterized by crises and disappointments.

Until 2010, all arrows pointed upwards. The economy grew, poverty declined, and deforestation in the Amazon declined sharply. In addition, the country was awarded the World Cup in 2014 and the Summer Olympics in 2016. For many, this confirmed that Brazil was about to become an international superpower. Then the balloon burst. Today, the country is plagued by economic crisis, political chaos and the world’s biggest corruption scandal . The dream of great power status lies in ruins, even though the country is still a BRICS country .

The most important moment in Brazil’s modern history is October 27, 2002. Then came the result: Lula had won the presidential election. The former poor boy and trade union leader Luiz Inácio Lula da Silva – in Brazil only known as Lula – had run in three presidential elections before and always came in second. He represented the Brazilian Labor Party (PT). He became the first president in Brazil with a background from the working class, the trade unions and the political left. This had major consequences for Brazil’s policy.

For the first time, the national authorities put the fight against hunger and poverty at the center of their policies . With the state program ” Bolsa Família ” (family scholarship) behind it, 30-40 million people climbed out of poverty over the next decade. It gave people a better life and an easier everyday life. In addition, it led to economic growth. More could now buy more goods and services. This led to higher economic activity.

Lula and the NPT-led coalition government had good support from good times in the international economy. Particularly fortunate for Brazil were high prices for the raw materials that the country exported most of , such as minerals, crude oil and soy. It created many jobs and generated large export revenues. At the same time, Brazil found enormous oil resources in deep water (Pre-sal) off the coast. The international oil industry, including the Norwegian one, flocked to Brazil and invested heavily in exploration, shipyards, factories and equipment for oil exploration and production. Result: low unemployment, controlled inflation and solid economic growth in Brazil until 2010.

Things also went better in the Amazon. Under the new Minister of the Environment Marina Silva, Brazil finally decided to take deforestation seriously . The state recognized several indigenous territories, established more nature reserves and deployed greater resources to prevent illegal logging, mining and agriculture in the Amazon. In addition, the state cut support for the worst environmental offenders and made it more difficult for them to get loans from banks and access to markets.

At the same time, the environmental movement and public opinion pushed for the logging industry and the agricultural sector to operate more environmentally friendly. Brazil also received negative attention from the international community due to the deforestation, but also aid. The most important assistance has come from Norway . In 2008, Norway and Brazil established cooperation on the Amazon Fund . The agreement means that Norway will support Brazil with billions if Brazil manages to reduce deforestation. If not, the country will not receive support.

As a result of all this, the annual deforestation in the Amazon decreased by over 75 percent from 2004 to 2012. It is good for the forest, the biological diversity and the people who live there. And that’s good for the climate, because less deforestation means lower greenhouse gas emissions. Deforestation in the Amazon means that less precipitation falls over southern Brazil and in Argentina, Paraguay and Uruguay – where most people in South America live and most of the agriculture on the continent is run.

Of course, Brazil was not without problems in the 2000s: Brazil was one of the countries in the world with the largest difference between rich and poor. The country continued to struggle with much violence and insecurity. The Afro-Brazilians and Indians continued to struggle with racism and marginalization and the women with old-fashioned gender roles and macho culture. But in most areas things went better. Optimism flourished, and the World Cup in 2014 and the Summer Olympics in 2016 were to be the crowning achievement. But then it turned around.

President Lula was a record popularity when he resigned after a maximum of eight years (two terms) in 2010. His successor, Dilma Rousseff, became Brazil’s first female president. She was to continue the project for a better Brazil, a country located in South America according to NEOVIDEOGAMES. It went very badly. Today, the economy is in deep crisis, unemployment is at a record high, poverty is rising again and so is deforestation in the Amazon. Rousseff was ousted from the presidential palace after a controversial 2016 lawsuit . 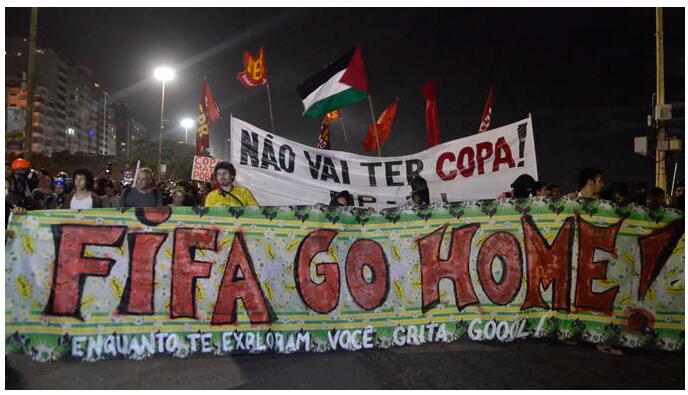