But why did it go so badly? The question divides Brazil. Like Lula, Dilma Rousseff represented the party PT and the left, and her supporters are happy to point to the international financial crisis . It hit full force in 2009 – also in Brazil. The prices of the country’s export goods fell, and thus Brazil’s revenues fell and many lost their jobs. The left also argues that the fall in oil prices (from 2014) hit Brazil hard. Then the large-scale development of oil fields stopped, and in addition Brazil had to pay more for imports of petrol and diesel.

People on the right believe that NPT’s policy and Dilma Rousseff herself are the most important causes of the crises. The left-wing policy with a lot of state regulation hampered foreign investment and the private business sector. And while Lula was a charismatic consensus builder who managed to carve out agreement on major political issues, she was an uncharming bureaucrat who did not fully understand the political game, they claim.

In retrospect, we see that all these arguments form part of the explanation for the recession in Brazil. But the main reasons why Brazil failed to continue the upswing from the early 2000s are not about a president’s personality or international economy. It is about structural problems in Brazil.

Brazil is thus characterized by an enormous difference between rich and poor. Through colonialism and slavery, military dictatorship and oppression, Brazil has become a hierarchical, class-divided society, where power has largely remained in the same circles for the past 100 years . Politics is largely governed by those who have always been powerful : the landowners, the industrial leaders, the media companies and the financial industry.

Where we in Norway developed general welfare schemes, the Brazilians are to a much greater extent left to themselves. Where Norway has financed welfare through the tax system, Brazil has not been able to tax the large companies and the most prosperous families well enough. Thus, the big money and power remain with the richest.

But the structural problem that has contributed most to both the economic and political crisis in Brazil is corruption .

In 2014, the police in Brazil began to coax in a seemingly small case of money laundering of criminally earned money. Some illegal money transfers were discovered at a car wash in the capital Brasilia, hence the operation was named Lava Jato – car wash . But it soon turned out that the money laundering took place on behalf of a purchasing director in the state-controlled oil company Petrobrás – Latin America’s by far the largest and richest group. Then the police uncovered a huge corruption scheme involving Petrobrás, all the major private construction companies and all the major political parties in Brazil.

It worked like this: Petrobrás announced tenders for the large-scale development of oil fields and industry. The tenders were designed and controlled by corrupt employees appointed by the authorities . At the same time, groups of private companies formed illegal cartels (cooperation agreements) which themselves decided who was to win the competitions, and at what price.

Petrobrás deliberately overpaid , and between one and three percent of the total was illegally slashed out of the budgets and transferred to the major political parties. There, the money was primarily used for illegal election campaign financing, so that politicians could be re-elected and continue to appoint corrupt people to Petrobrás. This is how the rotten system continued to grow.

Operation Car Wash has come with weekly revelations for several years. Tens of billions of kroner have been demonstrably paid in bribes to politicians and business leaders . Hundreds of top leaders and top politicians have been imprisoned. Four presidents are suspected or charged, including current president Michel Temer and former presidents Rousseff and Lula. Petrobrás, the large construction companies Odebrecht, Camargo Correa and OAS, as well as the meat product giant JBS have been fined billions of kroner and have at the same time lost hundreds of billions in market value. Huge sums have been taken out of Brazil and into secret accounts in Switzerland and other tax havens. The consequences for Brazil are catastrophic : 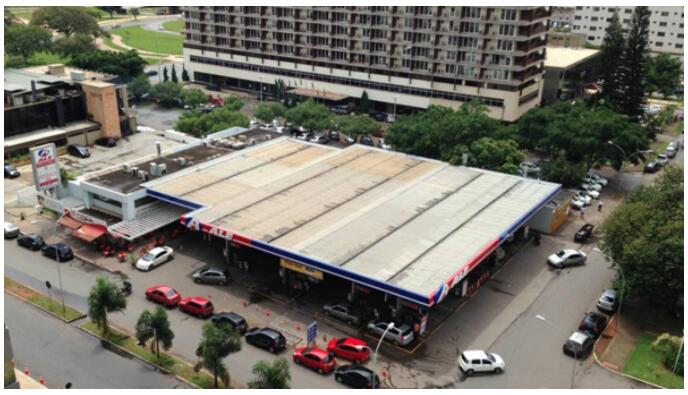