The main attraction of Denmark is its capital, Copenhagen, located on the island of Zeeland. The city is famous for its famous monument to the Little Mermaid, which has become a symbol of Denmark, and for its architecture.

Amalienborg has been the seat of Danish kings for over 200 years. The traditional changing of the guard ceremony takes place here, dressed in spectacular uniforms and traditional fluffy hats, the bear fur of which, by the way, has been replaced with artificial.

Tivoli Park, which is one of the main attractions of Copenhagen, was opened in 1843. Separated by a high fence from the busy streets, Tivoli inexplicably retained the atmosphere of the last century. Huge colored lollipops, antique dolls, handmade souvenirs, as well as a host of light bulbs that light up at dusk – that’s what makes the clocks go back.

A visit to Copenhagen isn’t complete without taking a ferry ride to where the city’s most famous sculpture, The Little Mermaid, sits in the sea off the coastline 10 minutes north of the city centre.

The Little Mermaid, descended from the pages of the fairy tale of the same name by Hans Christian Andersen, settled on a coastal stone in 1913. It became a symbol of the city relatively recently thanks to a romantic American journalist who delightedly told the whole world about the then inconspicuous statue of a sea beauty waiting for her handsome prince.

The traditional symbols and decorations of Copenhagen have always been its castles built in the 17th and 18th centuries: Christianborg, Rosenborg, Amalienborg and Frederiksborg. The rich collections of works of art collected by generations of crowned owners will not leave anyone indifferent. And the gardens surrounding these castles amaze with their beauty and scale.

Copenhagen also has a unique zoo with 2,000 animal species.

Ahlborg has the largest Viking burial: a cathedral, a monastery and a castle. There are buildings in the Renaissance style.

Odense is famous as the birthplace of the famous storyteller Hans Christian Andersen. Festivals named after him are held annually in July-August. Visitors can see the Andersen Museum and the house where he lived as a child.

Worth seeing is the 12th century cathedral at Roskilde, built between 1170-1270, which is declared a “world heritage” by UNESCO. 20 kings and 17 queens rest in the cathedral along with their relatives, including the Russian Empress Maria Feodorovna (1847–1928). It also houses the Viking Ship Museum.

There are more than 700 museums in little Denmark, and there are several dozen in Copenhagen alone. So the traveler will not be bored to visit the Museum of Carriages, and the Museum of the History of the Theater, and the Round Tower, and the Museum of Labor. But when visiting museums in Copenhagen, it is worth remembering that they close early, at 4 or 5 pm. However, on Wednesdays, many of them are open to the public until 8 pm and work for free. You should definitely visit the Glyptothek, famous for its extensive collection of sculptures, as well as French and Danish paintings of the 19th and 20th centuries. The National Museum deserves special attention, presenting a permanent exhibition and exhibitions of works collected from all over the world.

In Elsinore you can see Kronborg Castle, famous as the setting for Shakespeare’s Hamlet.

Jutland is an area that includes most of the country, stretching for 400 km from the German border to the northern tip of Denmark. There is a whole country called Legoland here. Everything in it is made from the details of the designer: Copenhagen with the royal palace and the guards, the storyteller Hans Christian Andersen, the Indian country with caves, monsters and the most modern attractions – everything is done with incredible care and love, so this country delights both children and adults.

General information about the country

Denmark is a small country with beautiful nature and rich history. For more than a thousand years, Denmark has been ruled by kings and queens (it is the oldest kingdom in Europe). In Northern Europe, Denmark is unique in its own way – it consists of 406 islands and has a coastline of 4800 kilometers, consisting of sandy beaches washed by clear and transparent sea water.

In Denmark, you will see fjords and bays, ancient estates and wide wooded plains, many modern cities and provincial towns. And besides, you should definitely see Copenhagen, the pearl of Scandinavia.

Mild climate without sudden temperature changes throughout the year. Winter days are short, cold and the least favorable for travel in Denmark, the average daily air temperature in summer is from +16 °C to +18 °C.

The ancestors of modern Danes are warlike and skillful Vikings in crafts. More than a thousand years ago, they built ships that allowed them to discover new lands, conquer vast expanses of Europe and engage in trade. Nowadays, at the turn of the new millennium, the Danes are considered friendly people – and just as skillful. The Danes are a nation that guarantees a safe environment. Most Danes are Evangelical Lutherans. There is a Catholic minority.

Danish cuisine is based on fish and other seafood. First and second courses are prepared from fish. But the Danes do not forget about meat dishes. Roast pork with hot red cabbage is extremely popular. No less often appears on the table of the Danes and pork liver with crispy fried onions or pork liver pate. The side dish is most often served with fried potatoes or stewed cabbage. Traditional Danish national dishes: pork stew with hot red cabbage, salted chicken with pineapple, pork with apples and prunes, vegetables with bacon – Danish bacon.

The Danish national dish is Röd Grez Mez Flöse, a thick blackcurrant jelly with whipped cream. On almost every second corner you will see a pastry shop, which will offer you the richest selection of rolls and muffins, the sight of which will make you “suck in the stomach”. Denmark is also a beer and cheerful country

Denmark is the only Scandinavian country that has a natural border with Europe. The Kingdom is equally accessible to visitors arriving both by air and land transport – by car or train. Copenhagen is the air gateway to Scandinavia and the Baltic region. SAS aircraft fly between Copenhagen Airport (Kastrup) and major airports around the world. In addition, Kastrup is a link in air traffic between 12 Danish airports, each of which is within 1 hour of flight. By rail, you can reach Denmark through Germany or Sweden. The country is covered by a dense network of railways. Modern and comfortable trains in Denmark follow exactly on schedule. By sea to Denmark can be obtained from Germany, Great Britain, Poland, Sweden and Norway. Moreover, many of the Danish islands are connected by ferry lines. In the summer of 2000, a bridge began to function between Copenhagen and the Swedish city of Malmo, which replaces the ferry crossing.

And now – for shopping! Denmark has it all! The Danes are proud of the quality of their products. A number of internationally renowned products are produced in Denmark. Bang & Olufsen stereos and televisions, Royal Copenhagen china, Georg Jensen cutlery and jewelry, Cottonfield and Bison clothing, Ecco shoes, LEGO toys and STIMOROL chewing gum are all products with the “Made in Denmark” label. Buy the things you need where there is the largest selection and the lowest prices. It is impossible not to mention the world-famous Danish beer – Carlsberg and Tuborg. Try for health! Also in the stores you can find popular products of all brands of the world.

Another pleasant surprise is the Danish tax-free system. By filling out a simple form, you will get back most of the value added tax and save up to 20% on the purchase price. 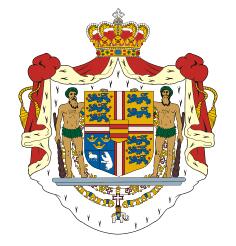