The Republic of Estonia, a state in the central part of Europe in the north of the Baltic region. According to itypejob.com, Tallinn is the capital of Estonia.

Estonia is washed by the waters of the Gulf of Finland from the north, by the Baltic Sea and the Gulf of Riga from the west, it borders with Latvia in the south for 343 km and with Russia in the east for 294 km. The length of the coastline is 3794 km.

Estonia includes 1521 islands in the Baltic Sea with a total area of ​​4200 sq. km. The largest of them are Saaremaa and Hiiumaa.

Climate
The climate of Estonia is transitional from maritime to continental. Winter is relatively mild, summer is moderately warm. The average temperature in July is about 16°C on the coast and about 17°C in the interior of the country; the average temperature in February varies from -4°C on the island of Saaremaa to -8°C in Narva, in the northeast. The annual rainfall varies from 510 mm in the western islands to 740 mm in the most elevated areas of the southeastern part of the country.

Import and export of foreign currency is not limited. The amount over 4350 USD is subject to declaration, the amount over 10 000 USD must be declared with documentary confirmation of the legal origin of the money. There are no restrictions on the import of personal items and food. Tobacco can be carried in the amount of 200 cigarettes or 100 cigarillos or 50 cigars or 250 g of tobacco. Customs will let through one liter of spirits (more than 22% alcohol) or two liters with an alcohol content of less than 22%. You can also bring 50 g of perfume or 250 ml of eau de toilette. Medicines will be passed in the amount necessary for the tourist for personal use.
When crossing the border by car, in addition to a full tank of fuel, you can carry up to 10 liters of gasoline in a canister.

A unique exposition in the old gun turret introduces the rich maritime traditions of the Estonian state. Rare exhibits are presented on four floors of the museum: old diving and fishing equipment, finds from the bottom of the sea, a 1950 model captain’s bridge and much more. From the observation deck at the top of the tower offers a breathtaking view of the sea.

Museum of the Dominican Monastery

The Dominican Monastery of St. Catherine (Catherine) is the oldest monastery in the Lower Town. The Dominicans founded their monastery in Tallinn in 1246. The most notable building in this typical monastic complex was the church of St. Catherine (Catherine), built presumably at the end of the 14th century. In terms of area, it had no equal in the medieval Lower City. From the first years of the existence of the monastery, a school unofficially operated under it. The monastery building was repeatedly rebuilt and expanded, the last time in the 16th century. The Lutheran Reformation played a fatal role in the fate of the monastery – in 1525 the city authorities forced the monks to leave Tallinn, and in 1531 a devastating fire broke out in the abandoned church, after which only ruins remained of the building. To date, only the western wall with two portals has survived from the monastery complex, part of the southern wall with fragments of three buttresses, window openings and the lower part of the southeastern tower, as well as fragments of the northern wall. Currently, the works of medieval stone cutters are exhibited here, exhibitions and concerts are organized. Visitors with psychic abilities will certainly be interested in the energy pillar located in the chapter hall.

Cistercian Monastery in Padise The monastery was founded around 1305 by Cistercian monks from the Dünamünde Monastery, located near Riga. Construction work, which began at that time, stopped due to the uprising of St. George’s Night that broke out in 1343 and was completed only by 1448, after which the monastery was consecrated.

The northern wing of the fortified monastery is formed by a single-nave church with four rows of vaults. Both the church itself and the crypt below it are decorated with artistic vaulted consoles. The remaining wings of the building were three-story, the most important rooms (sacristy, chapter hall – meeting room, parlatorium) were on the second floor. The northeast corner is adorned with a cantilevered tower.

The monastery, which ended its activity in 1559, changed hands several times during the Livonian War – fierce battles between order, Russian and Swedish troops took place under it. The monastery, destroyed in battles, was presented by the Swedish king Gustaf II Adolf to the canon of Riga and burghermeister Thomas von Ram, who rebuilt the northern and eastern wings into a manor. In the 70s of the 18th century, the von Ramas built a manor house near the monastery.

In 1825, the owners of the Padise von Rama manor separated Vasalemma into a separate estate, which in 1886 passed into the possession of the noble family of von Baggegufvudt. In 1894, according to the design of Konstantin Vilken, a two-storey neo-Gothic building made of limestone with a clean seam was built – one of the most beautiful buildings of its kind in Estonia. The building has dissected walls and stepped pediments, and one of its corners is decorated with an octagonal tower. A school has been operating in the building since 1992.

was separated as an independent estate from Ruila Manor in 1637. Voldemar von Uexküll, who acquired the manor) in 1883, ordered the construction of a two-storey neo-Gothic manor house. The work was completed in 1892. On the back side of the building there is an open arcade, and on the right side there are two towers, one is tetrahedral and the other is octagonal.

The main festivals are the Baltic Folk Festival, held in mid-July in Tallinn, and the beautiful All-Estonian Song Festival. Also interesting in the capital are the jazz festival “Tudengidzhaz” (Student Jazz, February), the Week of Estonian Films (March), the Days of Estonian Music at the National Opera Theater “Estonia” (April), the largest jazz festival in the Baltic States – “Jazkaar” (April), the traditional festival “Slavic Wreath” (June), the largest beer festival in the country – “Olesummer” (beginning of July), the International Festival of Organ Music (August), the International Festival of Street Theaters (August-September), the traditional festival “Days of Finno-Ugric Peoples” “(third week of October), festival of children’s and youth theaters “Banaanikala” (Banana fish, October-November),

All over the country, performances by leading musical groups are held as part of the “Open Festival of Baroque Music” (January-February). Summer is literally full of events. On the night of the summer solstice (Jaanipäev, Janov’s Day), the most colorful and cheerful summer holiday takes place – “Grillfest”, accompanied by dances, songs and fun around the fires, as well as the search for the mystical fern flower, which, according to legend, blooms only this night and brings good luck to anyone who finds it (many Estonians usually take their vacation during the week before Janov’s Day). In the vicinity of the Bishop’s Castle in Haapsalu, every year on the full moon in August, a colorful “White Lady Festival” is held, dedicated to “Estonia’s most famous ghost”. In the National Park in Lahemaa, on the first weekend of July, the folklore festival “Viru Saru” is held. Numerous song festivals and concerts are held in many localities on an individual schedule. The Tartu Ski Marathon starts in Otepää (February).

DOCUMENTS FOR ISSUING A VISA – ESTONIA

The Estonian Visa Application Center is located at: Bobruiskaya street 6, Galileo shopping center, floor 6 (entrance from the side of the bus station)

An impersonal submission is possible if there is a copy of the visa on which fingerprints were taken.

Attention! Tourists pick up passports on their own at the visa center, or a courier delivery service is provided to the required address (paid additionally).

5.1. All employed applicants provide a certificate of employment (original). It should indicate the following:
– the position held by the employee;
– the amount of salary for the last three months (the minimum amount per month is 500 Belarusian rubles, if the amount of salary is lower than the established one, the applicant must provide one of the documents from clause 6).

A certificate of employment must also be submitted by applicants who are on maternity leave. In this case, documents confirming the availability of sufficient funds for the trip are additionally attached to the certificate (read more about these documents in clause 6).

5.4. Instead of a certificate of employment, pensioners provide: –
pension certificate (original and copy);

– certificate of the amount of pension received for 3 months;
– documents confirming the availability of sufficient funds for the trip (read more about these documents in clause 6).

– confirming the availability of sufficient funds for the trip (read more about these documents in clause 6);
– a copy of the pages of the work book with personal data and employment history for the last three years.

– sponsorship letter and confirmation that the sponsor has sufficient financial means (for example, a certificate of employment indicating wages, bank statements). The sponsor’s letter (dated and signed) must contain the following information:

* last name, first name, patronymic, address and contact information of the sponsor;
* communication between the sponsor and the applicant;
* dates of travel and countries of destination;
* a list of all costs covered by the sponsor;

– an extract from the bank account, reflecting all banking transactions for the last 3 months;

– other documents proving that the applicant has sufficient funds for the trip (for example, proof of ownership of real estate, ownership of company shares, shares).

In case of departure of a minor child, it is necessary:

Payment of the consular and service fee is made in BELARUSIAN rubles. 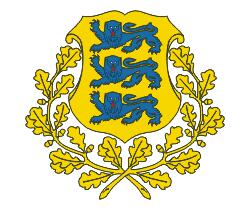