A state of south-eastern Europe, Greece, which constitutes the southern part of the Balkan peninsula, has a composite geographical system: the continental core, with a mountainous character, is divided into three main ranges – Pindo to the West, Olympus and Pelion to the East; Taygetos in the Peloponnese – covering 80% approx. of the territory, leaving little space for plains of a certain extent, concentrated in the areas of Thessaly and Macedonia. Numerous islands, mostly of modest size, belonging to different archipelagos, are scattered around the peninsula by secession from the mainland: the Ionian islands in the sea of ​​the same name, the Cyclades and the Dodecanese in the Aegean sea. With the diocletian administrative reform the Greece, dependent on the prefecture of Illyricum with headquarters in Thessalonica starting from the middle of the century. 5th, was divided into the provinces of Achaia (Attica, Peloponnese), Thessaly, Macedonia and Epirus. The scarcity and lacunosity of historical sources, together with the lack of extensive archaeological investigations on a territorial basis, do not allow us to understand to what extent the natural disasters and the raids of the barbarian populations, especially Goths, which occurred during the centuries. 4th-6th, influenced the evolution of Greek civilization and culture. The general picture would seem to indicate for this period the survival of economic activities, in particular of some related to the artistic industry – production and export of oil lamps in Athens, extraction of precious marbles in the island of Thasos and Charistos in Euboea (Les carrières de marbre, 1980; Lambraki, 1980) -, and, with greater evidence as regards the northern Greece, the continuity of life in urban centers, within which, with a slow process that seems to increase only from the second half of the century. 5th, the buildings of worship were being inserted. However, it remains to be explained how this apparently solid fabric, on which Justinian intervened with some defensive works (Procopio di Cesarea, De Aed.) Connected to the developments of the Gothic war in Italy, may have been irremediably upset, in the turn of a few years, from the Avaro-Slavic incursions which intensified starting from 580-590 and continued in the early years of the century. 7th, the migrations of the Slavs coming from the regions N of the Danube fell in a disastrous way on the Greek provinces. The extent of the defeat is given by the rarefaction of monetary finds after Tiberius II (578-582), by the spread of Slavic toponyms in the Greek territory and above all by two historical-legendary sources – whose reliability, often discussed in detail, is however unanimously recognized in substance – which outline, for the extreme North and the extreme South of the Greek peninsula, the evolution of the Slavicization phenomenon of the country. On the one hand, the Miracula sancti Demetrii, in the narration of the repeated sieges brought by the barbarians to Thessalonica, show how the city, in which the mint was gradually ceasing its activity, as early as the century. 7 ° it was a Byzantine island in a Slavic sea; from another is the Chronicle of Monemvasia, probably composed in the century. 10 °, outlines a Peloponnese precociously in the hands of the Slavs, with the exception of Corinth, limited eastern coastal sectors and some isolated centers such as Monemvasia itself. Many Greeks sought refuge in the islands, but they soon became the object of raids by Slavs – the attack on Crete was in 623 – and also by Persian contingents, for example. the raids against Rhodes and Samos (Oeconomides, Drossoyanni, 1989). To these were added, starting from the second half of the century. 7 °, the increasingly frequent raids of the Arabs, who, from their Mediterranean bases, aimed to make Constantinople itself capitulate. In Attica, in which already from the century. 7 ° the theme of Hellas was constituted, but the Byzantine presence was still alive and reactive, so much so as to propose an anti-emperor and the sending of a fleet against Constantinople after the proclamation of iconoclasm by Leo III (717-741), thus underlining the iconodular position of the Greek clergy towards the controversy over images. first expedition led by Stauracio in 783, marked by only partial success, the reconnection of the Peloponnese to the empire took place during the reign of Nicephorus I (802-811), in a moment of general recovery of Byzantine power. Between the end of the century 8 ° and the beginning of 9 ° the Byzantine control over the territory was gradually restored, with the establishment of the themes of Macedonia, Kefalonia – which included the Ionian islands – and the Peloponnese, preceded in the century. 7 ° from those of Thrace and Hellas, and to which followed shortly after the themes of Nicopolis for Epirus and Strymon, including Thessalonica together with the themes of Thrace and Macedonia. The administrative and military reorganization was accompanied by the religious one, with the definitive detachment of the ecclesiastical dioceses of Greece from the Roman authority. 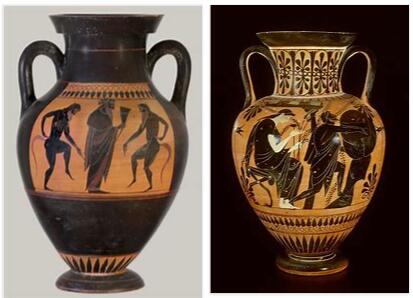