Many claim that everyone who has visited Thailand has contracted stomach disease, but this has not been true for a long time. In Thailand, gastric disease such as food poisoning is about as likely as in Finland, and there are no norovirus epidemics or other unfortunate common diseases in Finland today. In general, the level of hygiene in stalls and restaurants is high , and food is prepared with clean ingredients, equipment and methods. Competition for diners is fierce, and causing stomach upset for customers will lead to the destruction of the company.

In stalls, food is pure from vegetables to fruits and snacks, but there are a few things to look out for. Especially at the night markets but elsewhere you can see that the sushi is sold piece by piece in the stalls and should not be eaten as they have been warm for a long time. In general, meat dishes can cause the most stomach upset because the meat is easy to store incorrectly or it may at some point be too warm for too long, and the same is true for chicken. Fish dishes and Seafoodare the safest in this sense, as they are fresh every day and kept constantly cold. It may not be sensible to taste the various products of market stalls, such as sausages, grilled meats and other similar products. The safest snacks are fruits , and after a while in Thailand, the eye can easily distinguish which foods seem suspicious and which are clearly safe.

Tap water should not be drunk, but children can also brush their teeth.

Equally, you should prepare for stomach ailments by purchasing diarrhea medications, and there are medications and herbs for various stomach aches in pharmacies and supermarkets on site. 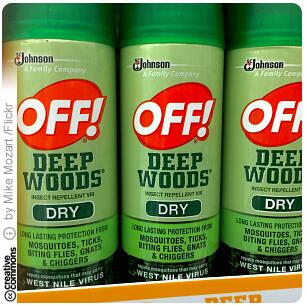 One concern for those traveling to Thailand is the various febrile illnesses of which malaria is the best known, most dangerous and most feared. There is no malaria in the vicinity of Krabi, but one who goes to the islands may have to deal with it or other fever diseases.

The milder fever is dengue fever, which, however, ruins your holiday and from which a full recovery can take a week. Like other febrile illnesses, you get a mosquito bite, and therefore you should get mosquito and other insecticides from a supermarket that you should put on your entire body, including your hair, many times a day. Sprayable poisons are best, which get great in the hair as well, and you should also put the poison on overnight. Particularly dangerous time for various injections, the majority of which do not cause any health problems, is the evening, and in the evenings it is good to be in rooms with fans and where it is difficult for mosquitoes to fly at will. One good way to avoid mosquitoes spinning in the room is to have a plug-in device that automatically brings insecticide into the room, which you can get from almost anywhere.

The best poisons are mosquito and other insecticides containing the active ingredient DEET, and they are best obtained from pharmacies. Such costs many times more than normal mosquito venom, but it is the surest. Dengue fever goes away on its own, but if you feel feverish and otherwise bad, it is a good idea to see a doctor to make sure there is no malaria or any other, more serious illness. Krabi has had a lot of dengue fever in the winter as well, and there must also be vigilance from December to March, although often the summer monsoon season is the worst time for mosquitoes.

If spores sting, Krabi supermarkets and pharmacies have the best medicines for it. Menthol oils are especially good, which in themselves cost really nothing and which take away the scabies and other symptoms caused by the injections in a matter of minutes.

Krabi has many different clinics and hospitals that you can visit if problems arise. Aonang Medical Clinic is near the corner of Ao Nang Promenade. Krabi Nakharin International Hospital is an international hospital located in Krabi Town .

Your Krabi talks about dengue fever and mosquitoes . 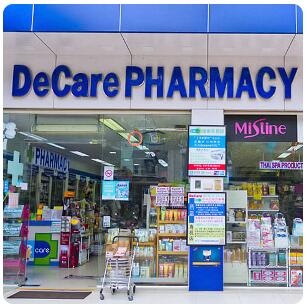 Drugs and other substances

Many have heard of something that in Thailand anything is possible and you can buy anything from pharmacies and bars and from the streets you can get everything from drugs to anabolic steroids. However, the reality is quite different, and one thing that will soon become clear is that substances classified as narcotic drugs and prescription drugs are extremely illegal and the holder can get a large fine, other wholesale problems or the requirement to get out of the situation. at least 10,000 euros must be paid to the police. Krabi also has no anabolic steroids or anything like that anywhere, and there is no problem with trying to trade in something illegal.