6: Central America and the Caribbean

Central America and the Caribbean have not been as strongly affected by this left-wing wave. In Nicaragua, Ortega’s second government has abandoned most of the democratic features that characterized the revolutionary Sandinista government of the 1980s. What was a broad popular movement with great international sympathy has more and more become a personal dictatorship. Among other things, far-reaching rights for women have been set aside through the alliance Ortega has entered into with a reactionary Catholic leadership in the country.

Cuba exists as the only one-party regime in the western hemisphere. After the collapse of the Soviet Union, Cuba’s economy plunged into a deep crisis. It was partially alleviated through the introduction of minor economic reforms in the 1990s. The close cooperation with Venezuela gave the country a respite. But after the financial crisis (2008–), the government, now led by Fidel Castro’s brother Raúl, has acknowledged that the country’s economy and the model behind it are on the verge of collapse .

Profound economic reform measures are being implemented, among them a massive liquidation of unprofitable state enterprises and associated mass redundancies. People are encouraged to start their own businesses, but without a clear will to let private entrepreneurs need to start an efficient market economy. The big question is whether it will be possible to follow the example of China and Vietnam by combining a capitalist economy with a continued one-party state. Many believe that democratic reforms will push themselves forward in the wake of the economic downturn, as the 1959 revolutionary generation – which still has full control of Cuba – dies out.

In the last couple of years, the left-wing wave has slowed somewhat, although Lula’s hand-picked successor, the Labor Party’s Dilma Roussef , was elected by a clear margin in Brazil, and Chávez and Morales continue to win elections – albeit by a smaller margin. In 2009, the Chávez-friendly president Zelaya was removed in a coup in Honduras (come back), and conservative presidents were elected in both Panama and Chile, in both cases among the country’s richest men. Manuel Piñeiro is the first elected president of the Conservative Party in Chile in 50 years, and he became immensely popular when he spearheaded the rescue effort that saved the 33 miners in 2010 (imprisoned for more than two months).

But the interesting thing is that even conservative governments have accepted and continued large parts of the social welfare policy that the left-wing governments have introduced. This may indicate that the social reforms have largely come to stay. The greatest danger to their sustainability is found precisely in countries where the leaders have created such great political contradictions – especially Venezuela and Bolivia – that a possible change of power can bring politics back to square one.

Economic growth, largely stimulated by China’s rapidly growing demand and extensive investment, has, together with new political priorities, led to strong social progress in most Latin American countries over the past decade. In many countries, left-wing governments have managed to reduce poverty by 40-50 percent. Some countries with more traditional rule (such as Peru) have also experienced the same thing. Nevertheless, according to HOMOSOCIETY, Latin America still faces major challenges, which means that there is a long way to go before the rapid economic growth that many East Asian countries have experienced.

Violence and insecurity in everyday life rides many of the countries on the continent like a mare, often linked to drug trafficking, but triggered by poverty and previous violent conflicts. The worst off are Central America and Mexico, which have the highest death rates relative to the population anywhere in the world. In 2010, more people were killed in Mexico than in Afghanistan, and in the border areas with the United States there is almost a civil war.

In Central America, the so-called maras – youth gangs with large tattoos as boomerangs – have control over the slums, as the drug cartels have had over slums (favelas) in the big cities in Brazil. It remains to be seen whether a major offensive by the police and military in Rio towards the end of 2010 will have any lasting effect. The growing violence in Venezuela shows that reducing poverty is not enough, as long as one does not have an effective police and judicial system.

Even after extensive social programs , many of the traditional development problems persist , and due to poor tax revenues , states do not have the resources to invest in necessary development measures. Wealthy people in Latin America have no tradition of paying taxes. US Secretary of State Hillary Clinton recently issued a strong admonition to the upper classes in Latin America that it is also in their own interest to take co-responsibility by paying taxes and contributing to income equalization.

One of the consequences of the poor public finances is that the school and education sector is in a miserable condition . Compared to other emerging economies, Latin America, and even a country like Brazil, has a catastrophically poorly educated population . Unless there is a drastic improvement in this area, Latin America will not really be able to put poverty behind it. 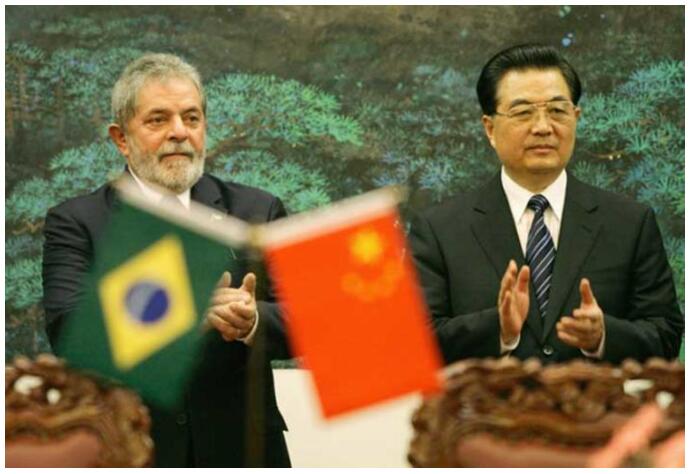