In the first 15 years of its independence, the domestic political development of Mauritania under President Moukhtar Ould Daddah was comparatively peaceful and uniform.

Mauritania’s path led from a temporary multi-party system to a constitutionally established one-party system (1965). The aims of the one-party system were to consolidate national unity, to abolish all disadvantages and to destroy regionalism and tribalism. The existing parties were merged into a single party, the Parti du Peuple Mauritanien (PPM). The new party constitution established an authoritarian system.

Daddah won four presidential elections between 1966 and 1976 and was the undisputed leader of the one-party state until 1978.

Daddah succeeded Mauritania to assert against Moroccan claims to membership and to install it as a member of the international community. In 1970, Morocco even received diplomatic recognition, which Mauritania had previously claimed as part of its national territory.

Domestically, he survived the first serious clash between Moors and Black Africans.

Daddah’s restrictive spending policy and abundant iron ore deposits brought Mauritania a balanced balance of payments in the 1970’s. Mining nationalized in 1974/75 played a large part in this.

In the Madrid Agreement of November 14, 1975, Spain transferred the administration of its former colony West-Sahara to Mauritania and Morocco on February 28, 1976, who then jointly take action against the Polisario independence movement. The Polisario, for its part, proclaims the Sahara Democratic Arab Republic (DARS). Morocco did not recognize the DARS and in 1976 annexed the northern two thirds of the Western Sahara area, while Mauritania claimed the southern third.

Mauritania’s entry into the Sahara conflict had several reasons:

According to computerannals, for Mauritania, however, this war had catastrophic economic consequences, not least due to several surprising attacks by the Polisario in Nouakchott and against iron ore production in Zouèrate.

Within three years Mauritania was ruined economically, militarily and domestically. Rising military spending for an army that grew from 3,000 to 17,000 soldiers, falling iron ore prices and the devastating Sahel drought of 1969-1974 created a very difficult situation domestically.

This finally led to the overthrow of Daddah on July 10, 1978 in a military coup and the ban on the unity PPM. Daddah is arrested, but is allowed to leave Mauritania in 1979 through French mediation.

He was sentenced to life imprisonment in absentia in 1980 for “high treason, disregard for the Constitution and harm to the economic interests of the nation”. In 2001 he returned to his homeland; Moktar Ould Daddah died on October 14, 2003 in Paris.

In August 1979 Mauritania signed a peace treaty with the Polisario and gave up all claims to the Western Sahara territory.

With the end of Mokthar Ould Daddah’s rule, a phase of great domestic political instability began with several successful and failed military coups and revolts.

Constitutional revisions and changes in the system of government cannot hide the fact that the military council CMSN and its members remain the center of power, even though the military leadership repeatedly emphasizes the transitory nature of their regime.

During the reign of Mohamed Khouna Ould Haidalla, Islamization was strongly promoted. Visible signs are the establishment of Friday as a public holiday and the ban on the sale and consumption of alcohol. In addition, the Sharia becomes the basis of legislation. There are punishments according to Islamic law; after civil unrest and international criticism, they are exposed.

Domestic conflicts increase during this phase. The growing influence of the Gulf states, and the Arabization and Islamization that goes with it, and the recognition of the Arab Sahaur Democratic Republic are not without controversy. In addition, the social conflict between Moors and Black Africans is becoming more and more obvious.

A unanimous decision of the military council finally leads on 12.12. 1984 for the overthrow of Haidallah and the appointment of Maaouya Ould Sid’Ahmed Taya as his successor.

Taya’s reign is initially marked by increasing political and economic liberalization; but it is becoming more and more repressive and authoritarian.

Presidential and parliamentary elections take place between 1992 and 2003, and Taya’s newly founded party, the “Parti républicain démocratique et social” (PRDS) wins. The opposition and the international community have expressed doubts about the legitimacy of the elections.

In 1999 the Taya government decided to become the third Arab country after Egypt and Jordan to establish full diplomatic relations with Israel.

A border conflict with Senegal in 1989 led to serious unrest. As a result, there are excesses of violence against black African Mauritanians and their expulsion to Senegal.

Due to the permanent stagnation and the lack of reforms, there were repeated attempts at coups against Taya.

On August 3, 2005, a military coup was successful and led to Taya’s deposition. The putschists called themselves the “Military Council for Justice and Democracy”.

They appointed Ely Ould Mohammed Vall, the head of the police and intelligence service, as head of government and set themselves the goal of creating democratic conditions within two years. 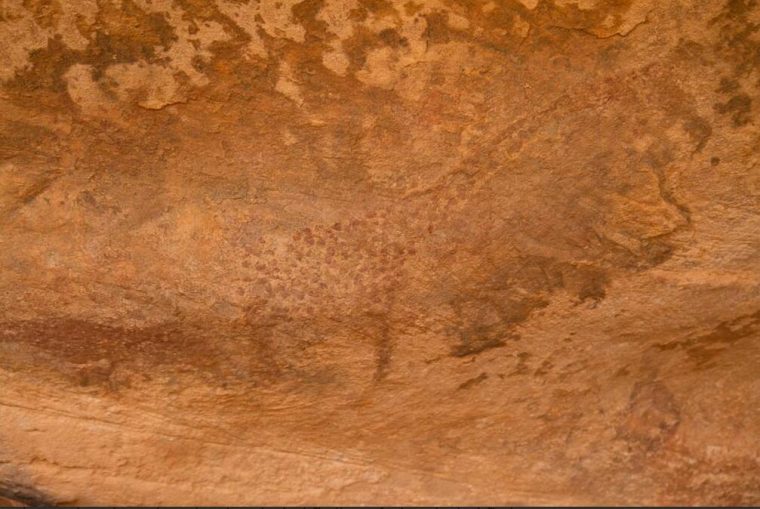