In the presidential elections on June 22nd, 2019, the candidate of the ruling party Mohamed Ould Ghazouani won the absolute majority with 52.01% of the vote in the first ballot. He is the preferred candidate of the previous incumbent Mohamed Ould Abdel Aziz, who was no longer allowed to run after two terms. The anti-slavery activist Biram Ould Dah Ould Abeid achieved a remarkable 18.58% of the vote and the former Prime Minister Sidi Mohamed Ould Boubacar 17.87%. The turnout is 63%. BiramOuld Dah Ould Abeid is on the list of the hundred most influential politicians for 2019.

Parliamentary and local elections as well as elections for the newly created regional councils took place on September 1 and 15, 2018. The “Presidential Party” Union pour la République (UPR) wins 89 of the 157 seats in the National Assembly, all 13 regional councils and 162 of the 219 municipalities. The second strongest force is again the TAWASSOUL with 14 seats in the National Assembly. It also wins 5 municipalities, 2 of them in Nouakchott. The anti-slavery activist Biram Dah Abeid wins a direct mandate.

The good results of the TAWASSOUL are heavily criticized by the ruling party and they warn of the “Islamist danger” before the second round of the election. After the elections, an Islamic training center for Imane will be closed.

The 2019 presidential election will mark the first democratic and peaceful change of power in the country’s history. The protests after the elections show the turmoil and simmering conflicts in the country. The question of slavery, the marginalization of large parts of the population, including the black African ethnic groups, and the willingness to use repression as a means of domestic politics are issues that he has to face. Mohamed Ould Ghazouani promised above all continuity and security during the election campaign. In August 2020 he restructured the government after corruption allegations against several ministers.

The president is also expanding his power base through radical changes in the interior ministry and at the level of governors and prefects. 9 of the 15 Welsh and all prefects and sub-prefects were exchanged. There are also changes in the military leadership.

According to ehealthfacts, the Bertelsmann Transformation Index 2020 puts Mauritania in 91st place out of 137 countries evaluated in the area of democratic development with a value of 4.27 points (out of a maximum of 10). This is a slight improvement compared to 2018 (4.22), but does not reach the value of the pre-coup era (4.57).

Ibrahim Index of African Governance: Rank 40 out of 54 countries. Mauritania climbed one rank in 2018 after having steadily deteriorated for five years.

Fragile States Index 2019: 31st out of 178 states. That corresponds to a high risk of state collapse. The index value improved slightly in 2018 and 2017 after having steadily deteriorated between 2011 and 2016.

Democracy Index 2019 of the Economist Intelligence Unit (EIU): Mauritania is classified as an “Authoritarian Regime”.

In Mauritania, democracy is always at a crossroads. With the participation in the parliamentary, regional and local elections in 2018 and the presidential elections in 2019, the opposition finds its way back into the political process.

Regular demonstrations by anti-slavery activists bring the issue to the public and are also noticed internationally. The pressure on the Mauritanian government to face the slavery issue is growing. An essay in The Guardian is interesting.

Some of the demonstrations are violently broken up by the police. The arrest of 17 activists of the anti-slavery organization IRA-Mauritanie is viewed by human rights organizations worldwide as an attempt to systematically smash the IRA-Mauritanie.

A dossier in Jeune Afrique and analyzes by IFRI and CEIP (Carnegie Endowment for International Peace) shed light on current developments and future prospects in Mauritania.

The anti-corruption policy of Aziz, a central theme of his campaign and his presidency is evaluated fundamentally positive. Unfortunately there are hardly any concrete results. While some senior civil servants were laid off, no public or semi-public agencies headed by the military or highly influential supporters of the President were under scrutiny.

In principle, the policy regarding transparency and anti-clientelism remains very arbitrary. (Bertelsmann). Interesting is the anti-corruption study by the World Bank and an article on corruption in the mining sector.

In 2016 Mauritania played a key role in the establishment of a new Fisheries Transparency Initiative (FiTi) and the adoption of the ” Nouakchott Declaration on Transparency and Sustainable Development in Africa”. In January 2017, Mauritania was the first country to start a Multi-Stakeholder Group (MSG), made up of representatives from government, business and civil society and responsible for the implementation of the FiTI (Fisheries Transparency Initiative). 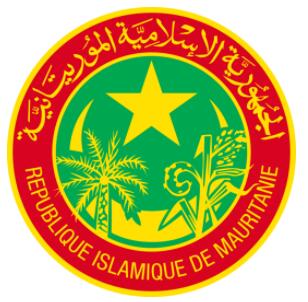