The relevant development indicators clearly show that Mauritania is one of the poorest countries in the world.

It belongs to the category of Least Developed Countries (LLDC) and Heavily Indebted Poor Countries (HIPC).

Mauritania experienced a period of sustained growth between 2008 and 2014 and made initial progress in reducing poverty. After a slump in 2015/16, the economy recovers with growth rates of 3.1% in 2017 and 3.6% in 2018. This growth is based on activities in the telecommunications, transport, electricity and primary sectors. The raw materials sector, on the other hand, continues to dampen growth. Population growth, which is higher than economic growth, is also problematic.

The medium-term economic outlook was favorable. Growth was expected to increase to an average of 6.2 percent over the 2019-2021 period.

The situation has changed fundamentally as a result of the Covid 19 pandemic. The near-term economic outlook has deteriorated rapidly due to the sharp deterioration in global conditions and the impact of domestic containment measures. Growth is expected to be negative (-2%) with dramatic human, economic and social repercussions for the entire population, but especially the poor Mauritanians. The first forecasts for the Corona crisis assume a decline in the economy of 2% in 2020.

According to ethnicityology, in 2018, Mauritania ranks 161st out of 189 countries whose development progress is measured annually in the United Nations World Development Report. This is a deterioration of 2nd place compared to the previous year, although the index value (0.527) increases slightly. For years there have been hardly any changes in terms of index value or rank. The World Bank’s 2018 Prosperity Report is interesting.

For the social situation of the population see also the report of the UN Development Program for Humanitarian Development.

Economic system and its sectors

Mauritania’s economy is not very diversified and is heavily dependent on price developments on the world market.

The basic industries of Mauritania are agriculture, mining (iron ore, copper, gold) and the fishing sector.

The oil sector has so far not been able to meet the expectations of the production potential, and oil production remains far below original expectations.

The natural gas deposits off the coast in the south and the expansion of gold mining are raising high expectations.

Mauritania is a raw material supplier; low production capacities can be found in fish processing. Agricultural production is nowhere near sufficient to feed the population, and food imports are a burden on the balance of payments.

There has been significant growth in the service sector in recent years. The share of GDP is 41.1% for 2016. The telecommunications industry thus plays a central role in the creation of new jobs.

Of the total area of Mauritania, only 0.5 million hectares are considered to be arable. Of the potentially irrigable area of 140,000 ha, mainly on the north bank of the Senegal River, only 18,000 ha are used for irrigated agriculture.

Agricultural production in Mauritania is chronically deficient. Only about 30% of the food required is produced in the country. In the 2014/15 harvest year, 85% of the rice required was self-generated. The 2019 grain harvest was a record harvest, 30% above the average for the past five years. Rice makes up 80% of the harvest and, together with corn, is a growth driver.

The FAO statistics provide information about production volumes. Here, too, the dependence on world market prices is high.

The production consists mainly of sheep, goats, cattle and camels. When it comes to meat, Mauritania is self-sufficient. Cattle and sheep are exported “on the hoof” to neighboring African countries; Camels to Morocco and Algeria.

Agriculture is of great economic importance due to the provision of jobs. Around half of the working population works in agriculture. It is threatened by increasing desertification and low rainfall. Wind and water erosion, as well as population pressure, are the most important factors in soil degradation. The Ministry for the Environment and Sustainable Development (MEDD) assumes that 220,000 hectares, equivalent to 20% of the agricultural area, have been damaged in recent years.

The government’s rural development strategy was last reformulated in 2013.

The coastal waters of Mauritania are among the richest in fish in the world. In terms of employment, fishing and fish processing are the largest branches of industry with 50,000 direct and indirect employees. The fisheries sector had a volume of US $ 604 million in 2018. This corresponds to 12% of the GDP, 30% of the state budget and 40-50% of exports. The 27% decline in the fishing sector in 2013 due to delays in ratifying the fisheries agreement with the EU shows the high level of dependence on external influences. About 95% of the fish catch is exported. 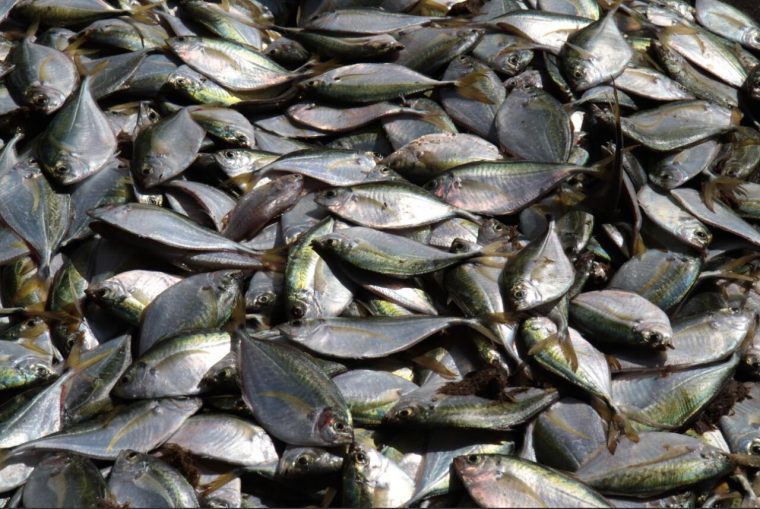