The Mauritanian state generates high income from the sale of fishing licenses to European and Asian fishing fleets. After long negotiations, the fourth follow-up agreement was concluded between the EU and Mauritania in July 2015, with a term of four years. The EU pays around € 60 million annually for the partnership. Of this, € 4.125 million is earmarked for supporting local fishing communities. The agreement wure 2019 by one year extended. The corona pandemic disrupted the planned renegotiations, so the contract was extended for another year in July 2020 at unchanged conditions.

Fisheries and livestock are the growth drivers in the primary sector.

According to extrareference, Mauritania is the second largest iron ore producer in Africa and 15th in the world. Other important raw materials are copper, gold, uranium, cement, gypsum, quartz, oil and gas.

The main buyers of iron ore are European countries (54%); the remaining 46% go to the People’s Republic of China.

More than 50 international companies are active in the exploration and production of minerals as well as crude oil and gas in Mauritania.

SNIM is active in the north and operates the only railway line in Mauritania from Zouerate to Nouadhibou. See SNIM’s 2018 Annual Report and Strategy 2026.

Other international mining companies are Kinross (Canada), First Quantum -Guelb Morghein and Algold (Canada) and Xstrata (Switzerland). Total invests in the oil sector. The Australian company Aura Energy is developing uranium mining. The site is currently one of the most interesting in the world.

See also the study by the Federal Institute for Geosciences and Natural Resources (BGR) on the subject of n ” Mining activities and risks to human rights”.

In recent years, falling prices for mining products have weighed on the sector’s current account as they cannot be fully offset by increases in production. The contribution to GDP drops to 30%. The contribution to employment is still very low at 1.9%. The falling prices for raw materials lead to a postponement of planned investments in the mining sector, so that direct investments fall sharply.

Progress has recently been made on the disclosure of income from natural resources. The IMF, however, continues to criticize that fair distribution and sustainable development are not sufficiently ensured.

Mauritania joined the EITI (Extractive Industries Transparency Initiative) in 2006 and founded a fund for the sustainable management of raw material revenues, to which the government only has access with the consent of parliament.

With the subsequent publication of the 2007, 2008 and 2009 annual reports, the country returned to an EITI-compliant course in 2011 and was classified as “compliant” in February 2012. The second validation in February 2019 certifies EITI Mauritania “significant progress” in the implementation of the standards along with significant improvements across several individual requirements.

In November 2019, Mauritania presented the annual report for 2017. See also the 2018 Progress Report published in November 2019 and the website of the Mauritanian EITI Committee.

The oil sector has so far not been able to meet the high expectations; the subsidy is falling continuously. Large gas reserves off the coast of Mauritania and Senegal give new hope. An agreement was reached with Senegal on joint exploitation of the deposits. The deposit is estimated at 450 billion / m³, which corresponds to 14% of the Nigerian gas reserves. The expected income corresponds to 8% of the Mauritanian GDP 2019. The first export income is expected for 2023, as the Covid-19 pandemic is hampering the progress of the project.

She’s working on the power supply and encourage investment in the renewable energy sector. Almost 45% of the population have access to electricity; in urban areas it is 50%, in semi-urban areas 5% and 3% in rural areas.

The demand for electricity is currently growing at a rate of around 10% per year. The growth driver is the increasing demand from industry and not the demand from households.

Mauritania has been increasing the share of renewable energies continuously since 2008. The state electricity company (SOMELEC) has published the following energy mix for 2019. Hydroelectric power comes from the Malian dams of Manantali and Félou; the thermal power stations work with diesel and gas. 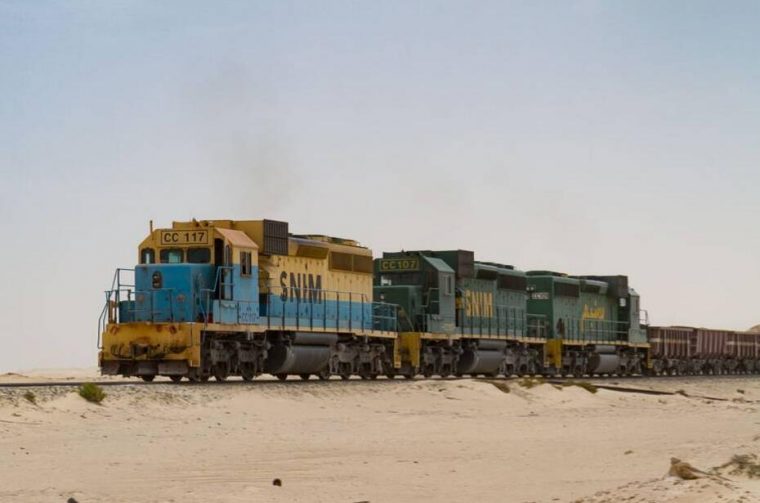