Mauritania – the forgotten country between the Maghreb and sub-Saharan Africa – is one of the large territorial states of Africa and consists for the most part of deserts. After independence from France in 1960, the development of democracy was repeatedly interrupted by military coups. The 2019 presidential elections mark the first democratic and peaceful change of power in the country’s history.

The flood savannahs along the Senegal River in the south form the most fertile part of Mauritania. Wine palms, baobabs, bamboo, raphia and doum palms thrive there. The agriculturally usable areas are also located here.

In large parts of the country, the low rainfall allows only very sparse vegetation. In the Sahel there is hardly any vegetation and in the Sahara it is limited to oases and semi-arid river beds or wadis. Date palms, among other things, grow in the oases. The dates are harvested in summer and the palm leaves are used to build shelters.

Trees such as Acacias and Proposis, adapted to the water scarcity, shape the image of the Mauritanian desert. The roots of the proposal can search for water at a depth of 150 meters. Heat-resistant bush and grass species are widespread. Extensive salt marshes extend along the coast.

According to areacodesexplorer, the savanna regions of Mauritania used to have significantly more animals than they do today.

The original Mauritanian fauna includes antelopes, lions, gazelles, panthers, hyenas, warthogs, lynxes and ostriches, as well as free-living elephants that have adapted to the desert-like conditions in the southern part of the country. Up to 1920, 400 elephants lived here, which have since been exterminated. In 2000, scientists from Bonn discovered desert crocodiles in Mauritania, which were considered extinct for decades.

61 species of mammals are documented for Mauritania, 10 of which are considered endangered (data for 2002). Almost 200 bird species have breeding bird populations in Mauritania. The water of the Atlantic offers a great diversity of species and is one of the most fish-rich areas on earth.

The coastal waters of Mauritania serve as a habitat for endangered sea turtles and around a thousand fish species as a breeding and breeding ground. The extensive tidal flats are also an important wintering place for millions of migratory birds. 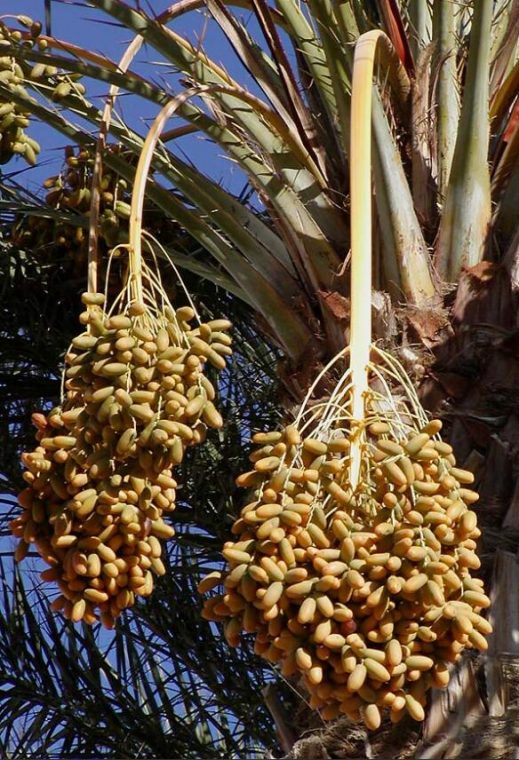 The Parc National Banc d’Arguin is located on the Atlantic coast and extends from Nouadhibou about 180 km to the south. The national park includes various landforms such as sand dunes, coastal swamps, as well as the island of Arguin, other smaller islands and shallow coastal waters. The Arguin sandbank is part of the national park.

The Parc National Banc d’Arguin has been a UNESCO World Heritage Site since 1989 because it is an important wintering area for migratory birds and is one of the most bird-rich areas in the world. The park is one of the most important international wintering areas for the whimbrel. Many species of birds are native here, such as greater flamingos, swamps, pelicans and terns.

Among the mammals, about 200 Dorcas gazelles are worth mentioning. There are also golden jackals, fenneks, sand foxes, sand cats, falcons, small-spotted gorse cats, white-naped weasels, honey badgers and striped hyenas. A colony of the highly endangered Mediterranean monk seal also lives near Cap Blanc. The sea is home to several species of turtles, dolphins and orcas.

The park was established to protect natural resources and the abundant fishing grounds off the Mauritanian Atlantic coast. The fish stocks represent an important source of income for Mauritania and are considered overfished. In addition to the 200-mile zone, international fishing fleets are active. See also the study “Evaluation des services écosystémiques du Banc d’Arguin”.

In the park about 1000 Imraguen live in 7 small villages from subsistence fishing with traditional methods under very precarious conditions.

The Parc National Diawling is located in the extreme southwest of Mauritania on the border with Senegal. It includes the Senegal River Delta; in the rainy season it consists mainly of larger lakes.

The Parc National Diawling was established in 1991 and has been a Ramsar area since 1994. The wetland covers an area of 16,000 hectares, plus a peripheral zone of 30,000 hectares with sand dunes and a mangrove belt. The park is surrounded by a total of 37 villages with a population of 10,000 in 2011.

The national park has been part of a cross-border biosphere reserve since 2005, together with the Senegalese World Heritage National Park Djoudj. According to the annual census from January 2010, 105 species lived in the park – including 92 species of water birds such as pelicans, black storks and flamingos. There is also a wide variety of fish and significant populations of primates or warthogs.