BBC certifies Mauritania one of the most open media landscapes in the entire Maghreb. Radio and television were opened to private companies. The state continues to hold shares in Télévision de Mauritanie (TVM) and Radio Mauritanie.

The right to freedom of expression has been more respected since 2005. This is also evident in the international press freedom rankings by Freedom House and Reporters Without Borders.

In 2020, Freedom House classified Mauritania as “partially free”. The positive development, which has been reflected in improved ratings since 2010, continues.

In “Reporters Without Borders” Mauritania ranks 97th out of 180 countries in 2020, and between 2016 and 2019 it deteriorated for the fourth time in a row. The focus of the criticism is a law from 2017, which lays down the death penalty for blasphemy and apostasy.

A law also attracted international attention that since 2020 the publication of false information on social media has been punished with a prison sentence of between three months and five years. There are also fines between $ 150 and $ 600. Critics see it as an attempt at free expression, especially on the Internet, to muzzle.

According to ehistorylib, the most important media location is Nouakchott. Arabic and French are the two media languages. There are around 30 daily or weekly publications; newspapers suffer from poor advertising revenues, weak distribution networks and the growth of online media.

The number of internet based news agencies and portals has grown in recent years.

The UN Commissioner for Human Rights documents the development of the human rights situation in Mauritania. The Bertelsmann Transformation Index certifies Mauritania that the human rights situation has improved since 2005. Civil rights are generally granted. Much progress has been made on freedom of association and parties and organizations can operate without major problems. Freedom of assembly is also largely guaranteed.

The UN Commissioner for Human Rights has published a report on “Extreme Poverty” and the American government publishes annual reports on the human rights situation in Mauritania.

Amnesty International, on the other hand, has warned that human rights violations continue to occur, in particular anti-slavery initiatives, bloggers and suspects covered by the new anti-terrorism law. Other problematic issues are the death penalty and the punishment of homosexuality. At least 6 death sentences were passed in 2012; There have been no executions since 1987. Homosexuality is strongly taboo in Mauritania and the maximum penalty for homosexual acts is the death penalty.

Human Rights Watch comes to a similar assessment. Human rights and anti-slavery activists, bloggers and other opposition figures are severely restricted in their right to freedom of expression, as well as freedom of assembly and association.

Slavery continues in practice to this day. It was abolished in 1981 and has been a criminal offense since August 2007; the first slavery conviction came in May 2016.

The article ‘The political awakening of slave children’ on Deutschlandfunk is interesting.

Local non-governmental organizations such as SOS Esclaves and the “Initiative for the Revival of the Movement to Abolish Slavery in Mauritania” (L’Initiative pour la Résurgence du Mouvement Abolitionniste en Mauritanie – IRA Mauritanie) campaign for the liberation of slaves. They estimate that 600,000 people live in conditions that must be called slavery. The Global Slavery Index 2018 lists Mauritania 6th out of 167 countries. See also the roadmap for eliminating the consequences of slavery and an article in the German edition of Le Monde Diplomatique.

In 2016, Mauritania was one of the first countries in the world to ratify the ILO Convention on Forced Labor.

In June 2016, the members of the newly established National Body for the Prevention of Torture were sworn in. The body has 12 members and a chairman; Human rights organizations have 5 members. A visit by the UN Committee of Experts took place in October.

The United Nations is documenting the state of implementation of the Anti-Torture Convention.

Also interesting is the ARD feature “With Gospel for Freedom – About Today’s Slavery in Mauritania.” 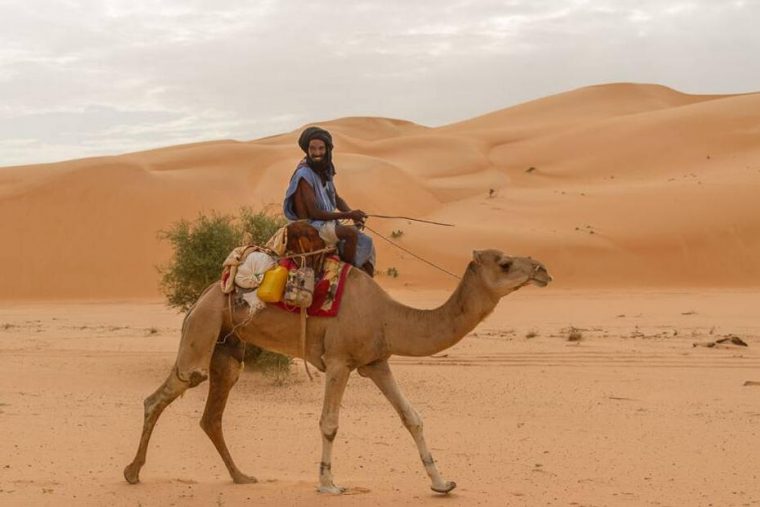