Arab, Berber and black African ethnic groups live together in Mauritania. About 70% of the population belong to the Arab-Berber Moors, who speak Hassania an Arabic dialect. A small minority calls themselves berberophon.

About 30% of the population belong to the Bidhan or White Moors. They form the two upper layers of the traditionally strongly hierarchical Mauritanian society, which is divided into Hassani (warriors) and Marabout (scholars of Islam). Haratin or Black Moors make up about 40% of the population; their ancestors were former slaves.

There are no official reliable figures; Population numbers are a political issue and have a high potential for conflict. A census that began in April 2011 was canceled after violent protests. The human rights organization ” Touche pas à ma nationalité ” (“Don’t touch my nationality”) and the President of the Senate had spoken out in favor of the cancellation.

In the context of the census, anyone under the age of 45 whose parents cannot provide evidence of citizenship should not be recorded as Mauritanian citizens. The exclusion from the census and, as a result, the refusal of national identification papers was also threatened if the great-grandparents were unable to present identification papers or death forms.

The black African ethnic groups repeatedly raise the charge that the White Moors indicate their proportion of the population higher and at the same time correct the numbers of the black African population downwards in order to secure their claim to power. For population development see also the projections of the United Nations up to 2100.

The black African ethnic groups traditionally inhabit the southern regions (Trarza, Brakna, Gorgol, Guidimakha), while the Moors, who used to live mainly as nomadic ranchers, populated the central and northern parts of Mauritania.

The successive Sahel droughts since the late 1960’s caused many people to move from the arid areas to the last usable ecological niches (water, pastures, arable land) in southern Mauritania or Nouakchott.

Tensions between Moors and the black African ethnic groups lead to serious conflicts in 1989/90, as a result of which in May 1989 Mauritania expelled all Senegalese nationals and around 70,000 black African Mauritanians to Senegal and Mali; in return, Senegal expelled 230,000 Mauritanians from the country. The role of the Mauritanian security forces in the deportations and attacks has not yet been dealt with.

It was not until 2007 that a tripartite agreement between Mauritania, Senegal and the UNHCR was concluded, which is intended to enable the return of all Mauritanian refugees willing to return from Senegal. Compensation for returnees remains problematic.

The pogroms against the black African population are still a national trauma and an important domestic taboo topic.

According to historyaah, the official language is Arabic; National languages are Arabic, Pular, Soninké and Wolof. French has already lost its status as a national language and is only seen as a working language; it continues to lose influence.

The social tensions between Moors and Black Africans are also reflected in language politics. Moors prefer the Arabic language, the black African ethnic groups French. The advancing Arabization leads again and again to conflicts and protests.

A large part of the Mauritanian population, especially in rural areas, lives below the poverty line and earns their livelihood largely through activities in the agricultural sector and increasingly also in the informal sector. Only 13.6% of employment is in the formal sector.

The opportunities to find a job in the modern economic sector (industry and services) are largely limited to the cities. Due to the weakness of the modern economic sector and further immigration from rural areas, unemployment is a serious problem. The employment rate has stagnated since 2005 and is 45.9% in 2019 (men 63.1% – women 28.9%). Data from the International Labor Organization (ILO) put unemployment at 9.6% in 2019; Women: 12.1%, men: 8.4%.

The high level of youth unemployment is a serious social problem that can increasingly have a negative impact on the security situation. It is known that Islamist groups, especially the AQIM, are specifically looking for supporters among the dissatisfied. The ILO put youth unemployment at 31% in 2017, and that of 15-24 year olds at 47%.

University graduates are also affected by unemployment. A study by Nouakchott University finds that only 6% of college graduates have a job that matches their degree; 62% are unemployed and 31% work below their qualifications. See also the ILO program to promote employment for young people, the GIZ project to promote employment and professional integration of young people in rural areas and a study by the World Bank on the contribution of microcredits to poverty reduction in Mauritania. 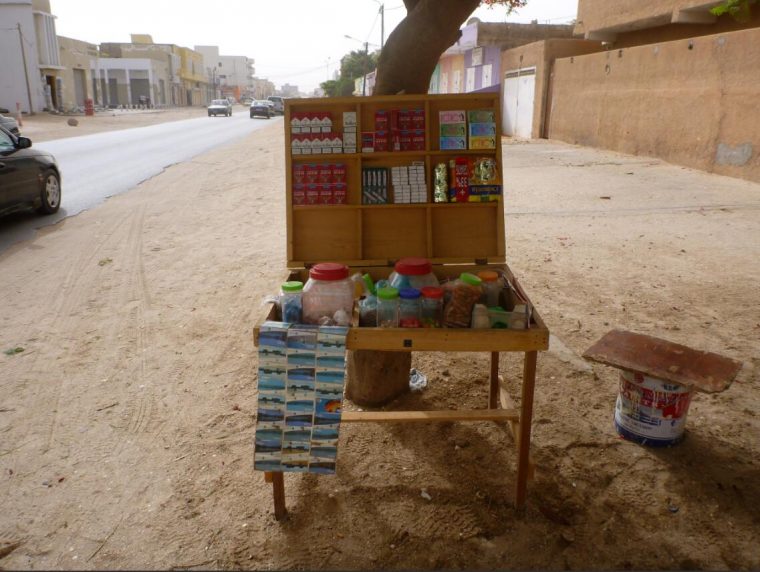 The income differences in Mauritania are high. The common inequality coefficients shown in the Human Development Report still have no noticeable values: the Gini coefficient is 32.6 (0 = complete equality – 100 = complete inequality and the Palma ratio (income of the 10% richest / income of the 40% poorest) at 1.3.

In its report “ Wealth Distribution and Income Inequality” for Mauritania, Global Finance Magazine shows an income GINI of 30.3 and a wealth GINI of 62.3.

In the “Commitment to reducing Inequality Index (CRII) 2018”, which measures the government’s measures to bridge the gap between rich and poor, Mauritania ranks 103rd out of 157 countries. Mauritania is one of the 10 African countries that are most involved. The HDR states that inequality has been reduced considerably in Mauritania. The increase in the income of the 40% poorest in 2018 was 21% higher than the average increase in 1995-2015.