A fundamental change has taken place in Mauritania after independence. In 1960 90% of the population were nomads, today 53.7% live in cities. 46.3% of Mauritanians live in the countryside and 5% of them are still nomadic. The main trigger for the immense rural exodus was the Sahel droughts since the end of the 1960’s.

The capital Nouakchott, planned for 20,000 residents, has now passed the one million mark.

Poverty in Mauritania is also a rural problem. In the countryside, 44.4% of the population live below the poverty line, in urban areas it is 16.7%.

See also the Multi-Dimensional Poverty Index (MPI) of the University of Oxford.

In general, the rural population is poorly supplied with educational facilities, medical care and clean drinking water. The policy of decentralization has not changed much in this regard. The regions Brakna (43.3%), Tangant (49%), Guidimaka (49.1% and l’Assaba (43.5%) are the hotspots of poverty with a poverty rate of more than 40%. High values are also for Hodh El Gharbi (39%), Gorgol (38%), Adrar (37%) and Trarza, but the fishermen in the Banc d’Arguin National Park also live under precarious conditions. 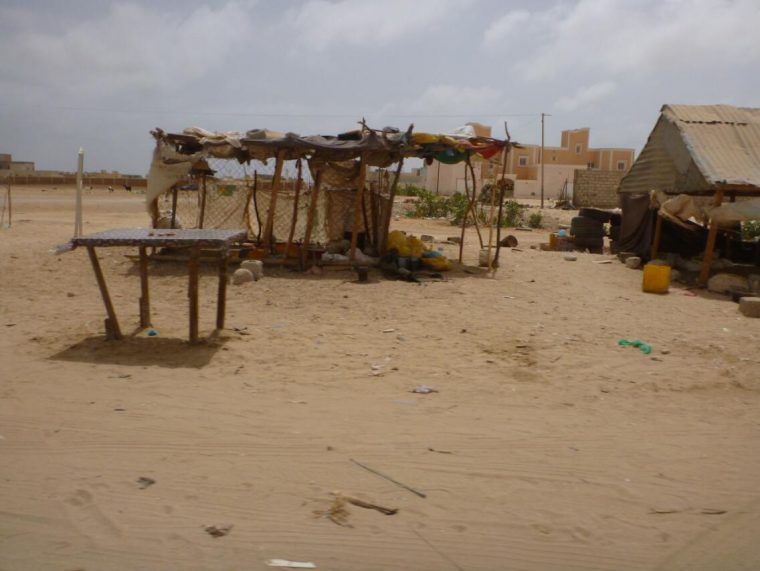 According to homosociety, Mauritanian women enjoy more political and social freedoms than in other Islamic states. The reasons for this lie in the nomadic tradition and a liberal understanding of Islam. Especially in the Moorish population, they are largely independent economically and in family life.

A third of the elected representatives in the municipal councils are women, and 20.3 percent in the National Assembly. Since 2006 there has been a quota in Mauritania that stipulates that 20 percent of positions in the administration should be filled by women. 20% of the seats in the National Assembly are also reserved for women. The political participation of women remains an important issue.

In the poorer sections of the population, the open space is less pronounced. The strong position of women in Moorish society, especially the elite, has long prevented an awareness of discrimination against women.

Most women are in an extremely difficult position. The proportion of Mauritanians living below the poverty line has decreased in recent years. This development has also had an impact on the proportion of Mauritanian women living in poverty; it is 27.4%. Women have no access to credit and are discriminated against in all areas of society. Haratin women and girls in particular live in slave-like conditions. On the issue of gender inequality see also a study by the African Development Bank.

Equality for women stands in the way of the Sharia reservation in the constitution, to which all laws of Mauritania are subject. Despite this, Mauritania has ratified the UN Convention against Discrimination against Women (subject to provisions that contradict Sharia law).

Female genital mutilation is widespread. Development cooperation organizations and non-governmental organizations are campaigning against this with the support of the Mauritanian government and Islamic clergy. Islamic clergymen wrote a fatwa in 2010 banning this tradition. More recent data show a declining proportion of women who have been circumcised. 67% of 15-49 year olds and 51% of 0-14 year olds are circumcised. There are differences in terms of place of residence and social situation. 79% of circumcised women live in rural areas and 92% are poor. The regional differences are great; in the southeast more than 80%, in the northwest 10-25% and in the interior 26-50% of women are circumcised.

The forced feeding (gavage) of girls remains widespread, even if in the meantime the health awareness is growing. However, very overweight women still conform to the Mauritanian ideal of beauty. See also France Info.

The widespread use of child marriages is also problematic. UNICEF data shows that 37% of 20-24 year-old Mauritanians were married before their 18th birthday and 18% before their 15th birthday. The 22% of 20-24 year olds were also mothers before they were 18 years old. Mauritania also has a very high number of child pregnancies; there are 8 births per 1000 girls between the ages of 10 and 14.

Mauritania has one of the highest divorce rates in the world. Consecutive marriages are the norm.

In Mauritania, 68% of women are victims of violence based on their gender. In May 2020, the government will again pass a bill that criminalizes violence, including sexual violence, against women. Older drafts have been blocked by parliament since 2018, sparking protests from women’s organizations. In Mauritania, women who report administration run the risk of being punished for having sex outside of marriage. See article in French and English.

Mauritania is one of 11 countries in the world that punish homosexual acts with the death penalty. Article 308, “[ACT AGAINST NATURE]” of the Criminal Code of 1984, provides for the death penalty by public stoning for homosexual acts between adult Muslim men. For two women, Article 306 (1) imposes a prison sentence of three months to two Years ago threatened with a fine.

LGBTI people’s rights are not recognized and therefore they are not protected from discrimination by law. In January 2020 eight men were sentenced to two years’ imprisonment each for “indecent behavior” and “inciting debauchery”. A video of men in women’s clothes was circulating on social media. The claim it was the first same-sex wedding in Mauritania was even denied by the police.

A public LGBT community does not exist and taboos are high.

The non-governmental organization Nouakchott Solidarité Association campaigns for human rights and especially the rights of the LGBT community.

Homosexual men find a niche in the griot community.