With the coup of the “Military Council for Justice and Development” (CMJD Conseil Militaire pour la Justice et la Démocratie) under the leadership of Colonel Ely Ould Mohamed Vall on August 3, 2005, Ould Taya’s more than 20-year-old authoritarian and repressive rule ends and one begins Time of upheaval towards more democracy in Mauritania.

From the beginning, the military council gives itself a mandate limited to two years until a new president is elected.

The military council initiates a democratic transformation process and thus a new political beginning. After some hesitation, the steps taken are supported by the existing parties and civil society groups.

This also includes two political blocs that have an important influence on domestic political development: organizations of the black African population – the FLAM Forces de Liberation Africaines de Mauritanie – and the Harratin – El Hor and its founder Messoud Ould Boulkheir as well as Islamist groups that are in the The last years of Taya’s rule had developed into the most important opposition and destabilizing force and were exposed to massive repression. The ban on organizing Islamic groups is retained.

In the constitutional referendum on June 25, 2006, modifications of the 1991 constitution are put to the vote. Important changes concern the shortening of the president’s term of office and the limitation to two terms of office. Approval is high (96.9%) with a voter turnout of 76.5%.

The parliamentary elections in October / November 2006 were undoubtedly the more important elections, as they provided information about the real internal political power relations and determined the legislative scope of the future president.

The first ballot showed a clear preponderance of the former opposition parties.

After the second ballot, however, it was clear that the forces that supported or tolerated the Taya regime still have a narrow majority in parliament.

The decisive factor was so-called “independents”, that is, personalities running for a seat in parliament who then entered into an alliance with the former ruling party and other parties.

According to computergees, 20 candidates ran for the presidential election. In the second ballot, he surprisingly won the non-party candidate Sidi Ould Cheikh Abdallahi with 52.9% of the vote against Ahmad Ould Daddah (47.1% of the vote), a half-brother of the state’s founder. The turnout was 67.5%.

The first months of Abdallahi’s presidency are positive.

If the expansion of control over the distribution of food is more of a symbolic politics, the handling of the slave question and the return of the refugees from Senegal represent a U-turn in Mauritanian politics. With his politics, Abdallah tries to secure the support of the hitherto systematically marginalized black population, the Haratin, the descendants of former slaves and the black African ethnic groups.

However, coming to terms with the brutal attacks by parts of the army dominated by White Moors against the black African population is not in the interests of the military that supports them.

The situation in the two chambers of parliament is also becoming problematic. The membership of the President and Prime Minister in the legislative chambers is very heterogeneous and is largely based on non-party, independent MPs. The attempt by the Pacte National pour la Démocratie et le Développement (PNDD) to coordinate and politically discipline the various factions and currents failed.

A visible sign is the resignation of the Prime Minister in May 2008.

The formation of a new government is rejected by parts of parliament. The following arguments lead to 25 MPs and 23 senators leaving the presidential party on August 4, 2008, which thus loses its majority.

On August 6, the coup was led by General Abdel Aziz, commander of the Presidential Guard.

This ends the democratic experiment in Mauritania, at least for the time being. President Abdallahi is declared deposed and a Council of State (Haut Conseil d’Etat – HCE) is established to take charge of government. General Abdel Aziz is appointed head of state.

With the coup, democratization ostensibly failed, but the brief phase of political openness led to a change in the direction of a liberal political discourse. This can be seen, among other things, in the fact that a few years ago no one would have questioned the legitimacy of a military coup, but now there is increasing and open stance against the political ambitions of the military.

In the first day after the coup, the parties represented in parliament met with great approval.

The party of the most important opposition politician Ahmed Ould Daddah, the RFD- “ Rassemblement des Forces Democratiques ”, did not speak out against the coup in the first phase. She only joined the FNDD in spring 2009.

The persistent international pressure and the permanent refusal of important domestic political actors to recognize the legitimacy of the military government led to negotiations under the leadership of the Senegalese president.

The negotiations turned out to be difficult, but ultimately led to the presidential elections on July 18, 2009. 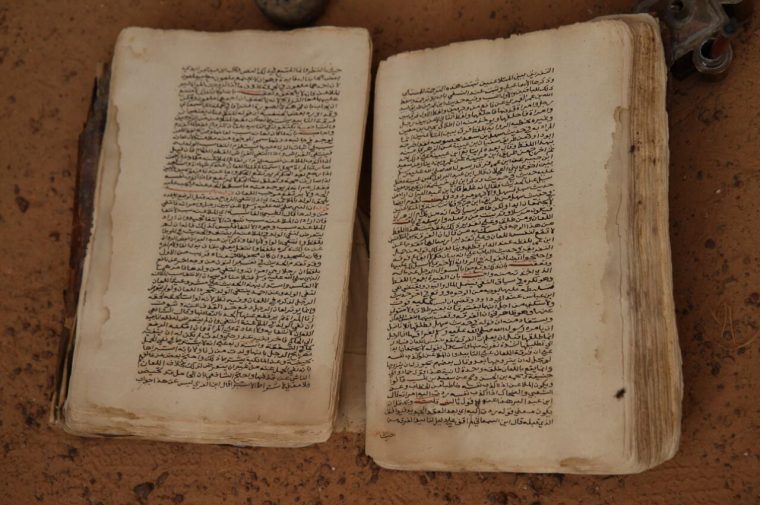