Chile, Argentina and Peru are not primarily poor countries. But they are countries where personal problems can lead to big differences. Operation Dagsverk 2015 is about young people’s sexual and reproductive rights in Latin America. The goal is for young people to be able to decide over their own body and sexuality.

All people have a need to express and receive love, and they have an equal right to this. The right to freely express love can be linked to sexual and reproductive rights and human rights such as the right to liberty, life and health.

Human rights form an important basis for a meaningful life. They are based on the UN Universal Declaration of Human Rights from 1948. The declaration contains 30 articles, which explain what people have the right to (“Everyone has the right to…”) in order to live a life of security and dignity. In addition, human rights are specified in a number of international and regional laws, also called conventions. The two most comprehensive human rights conventions are:

In addition, there are a number of special conventions, including on the prohibition of torture, on refugees and on the rights of vulnerable groups such as children, women and indigenous peoples. While a declaration “only” gives direction and norms to states, states are obliged to comply with conventions that they have ratified (finally approved).

Sexual rights are about sex and sexual health, while reproductive rights are about people’s right to decide for themselves if and when they want children. The rights touch on several topics, including safe pregnancy and childbirth, prevention and treatment of sexually transmitted diseases, family planning and access to contraception. In short, they say that sex should always be free from coercion and disease, pregnancy should always be desired, and any birth should be safe – take place under proper conditions.

Among the UN’s Millennium Development Goals, which were adopted in 2000, there is a separate one that deals with universal access to reproductive health services by 2015. Reducing maternal mortality and child mortality, as well as combating HIV / AIDS are aspects of sexual and reproductive rights. The goals of promoting equality and empowering women, providing primary education for all and eradicating extreme poverty can be linked to these.

In Latin America, there are many and serious violations of sexual and reproductive rights. Young people experience that choices they have the right to make, and which concern their own body, are made by others.

Access to information related to sexual and reproductive rights is very limited in all project countries, as the topic is taboo in society. The Catholic Church and other denominations have a strong position in society. It therefore affects people’s everyday lives to a great extent, both as a religion and an institution.

The Church’s strong position in Latin America is a result of the colonial era. The colonization of Latin America began after Columbus “discovered” the continent in 1492, and over a period of 50 years, the Spanish and Portuguese colonial powers took over with a heavy hand. They were based on their own culture. The Catholic Church was central and took care of both school and health care, in addition to owning extensive areas of arable land.

When the colonial powers withdrew from Latin America at the beginning of the 19th century, it meant that the state power withdrew, but that the church remained. In the 19th century, Latin America was also not exposed to the secular impulses that characterized Europe, and the Catholic Church therefore has a clearer position here than in the countries of origin. It was not until the 20th century that a gradual secularisation began in the region, but religion is still seen to play a major role, especially in rural areas.

Conservative attitudes prevent young people from gaining information about the body and sexuality. In both Argentina and Chile, sex education is required by law . But since public bodies hardly ensure that this is fulfilled, the reality is different. Religious groups, conservative teachers and parents fear that sex education will be an incitement to sex, and believe that it violates their cultural and religious values. There is an ongoing conflict between those who view sex education as part of the school’s tasks and those who claim that it is up to each individual family to decide what kind of information is needed. For many, religion is a personal matter, which is reflected in this conflict.

UNAIDS reported in 2008 that only 5% of schools in Peru provided sex education, and that in poor urban areas only 35% knew about methods to protect themselves against sexually transmitted diseases. The guidelines for sex education presented by the Ministry of Education were met with opposition from the Ministry of Health – an opposition that has led to little progress in the field. The consequences of this are a high risk of unwanted pregnancies and sexually transmitted diseases such as HIV.

In addition to the lack of information about the body and sexuality, young people face resistance when they try to obtain contraception and need health services. In many countries, adolescents who need sexual and reproductive health care must meet with an adult, or ask for parental consent. The actual access to contraception and emergency contraception is limited, and young people who demand this are met with skepticism by health workers.

In Argentina, according to PHILOSOPHYNEARBY, the public health service is free but congested. Private health services cost money, and the need for qualified health workers and necessary equipment is great.

The Church’s strong links to the state and policy-making in Latin America have contributed to the region having some of the world’s most restrictive rights when it comes to reproductive health, especially with regard to abortion. Some countries have a total ban, among them Chile, and the topic is much debated. However, several states have opened up for therapeutic abortion in recent years: Cases where the pregnancy is a consequence of rape, the fetus is not viable or there is a danger to the mother’s life. 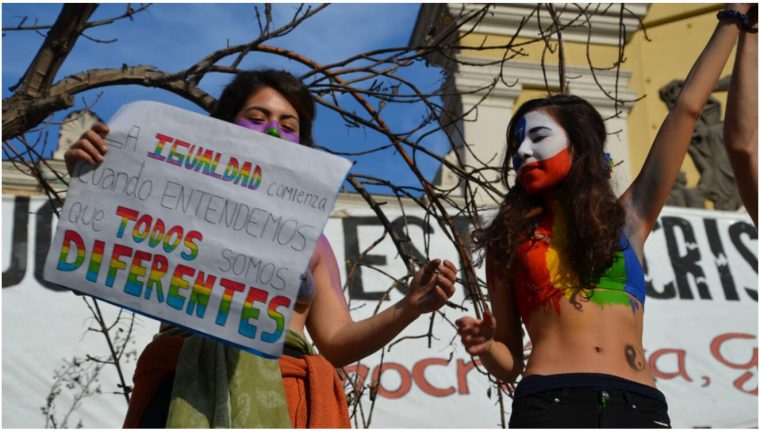