According to foodezine.com, Mexico is definitely not one of the safest travel destinations , but don’t let that put you off. Because in many travel guides and reports about Mexico, something is usually exaggerated.

Still, you should be careful all the time . Robberies, street threats and violent crime are much more common in Mexico than in Europe.

You should be particularly careful in big cities and in non-touristy places. In popular vacation spots like Playa del Carmen or Puerto Escondido , however, it is quite safe.

Here we give you a short guide so that you can enjoy your Mexico vacation as safely as possible and without a robbery:

In short, don’t victimize yourself. If you follow these tips and travel Mexico with common sense and open eyes, you don’t have to worry too much.

What’s the best way to get to Mexico? Guessed correctly! Of course by plane.

There are direct flights from Frankfurt to Cancún or Mexico City. These are the two busiest airports in Mexico.

You can find cheaper connections with a stopover not only from Frankfurt, but also from other German cities.

Mexico is almost six times the size of Germany , so distances from place to place are significantly greater.

As such, domestic flights in Mexico are a popular mode of transportation to get from one side of the country to the other. Traveling by plane is the fastest way to get around in Mexico

If you don’t want to take the plane, you can either rent a car and travel around the country with it, or you can take the bus. Trains are rather unusual in Mexico.

The exception is the Tequila Express (what a cool name!). This runs from Guadalajara to the liquor town of Tequila.

Otherwise long-distance buses are the cheapest means of transport in Mexico. The route network is very well developed. The disadvantage is that the journeys often take a long time.

Even within the cities , you can usually get around easily by bus. Alternatively, you can also take a taxi, which is usually relatively cheap in Mexico.

What language do they speak in Mexico?

The official language in Mexico is Spanish. Some indigenous peoples speak their own indigenous language.

Overall, you don’t really get by very well with English in Mexico. In the tourist places, slightly more people can speak English than in the rest of the country. However, we recommend that you learn a little Spanish before your trip.

How do you pay in Mexico?

The currency in Mexico is the Mexican Peso.

One euro is about 21 pesos.

In most places you can pay with a credit card , but sometimes only with cash .

We recommend that you always have your credit card and some cash (but not too much) with you. However, leave your EC card in your accommodation.

You can get a double room in a good hotel (although the standards in Mexico are slightly lower than in Germany) for less than 50 euros.

However , prices – including for restaurants and catering – vary from place to place . In tourist places everything is significantly more expensive than in the rest of the country.

How safe is it to travel to Mexico?

Mexico is one of the more dangerous travel countries .

However, if you avoid criminal places and lonely areas, you can travel wonderfully in Mexico.

In our Safety section , we give you useful tips for your safety in Mexico.

How is the climate in Mexico?

Mexico has a dry season (November to April) and a rainy season (May to October).

The south of Mexico has a tropical climate.

In higher areas , the climate is generally milder. Here you should also take warmer clothes with you.

In the north of Mexico it gets very hot, especially in summer. The climate here is mostly desert.

When is the best time to travel to Mexico?

Overall, the climate in the country varies from region to region.

Overall, the dry months from November to April are a popular travel time, as there is a lot of sun and it hardly ever rains. But it is much fuller at this time.

We recommend traveling to Mexico during the rainy season from May to October as there are fewer tourists and prices are lower.

Most of the time the weather is nice even in these months and it is not that hot . We find it very pleasant when it rains from time to time. 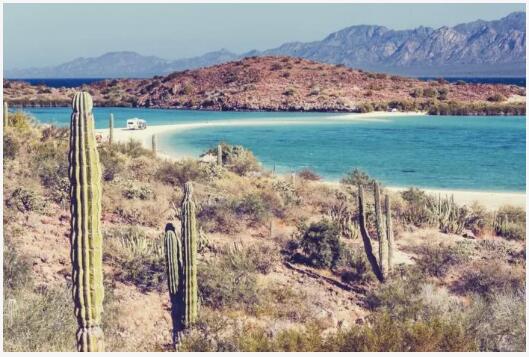