Part of the dissatisfaction is probably due to the failed handling of the many different South Sudanese militia groups that fought against the SPLM / A and received support from Khartoum during the civil war. The Juba government has tried to make these groups part of the South Sudanese government army. But trust between the soldiers and the ex-militias is low. Many of the former military soldiers have also shown more loyalty to their former commanders than the new army command, and most of the soldiers lack education and formal military training.

Several of the rebel groups will probably also receive support from Khartoum in the form of weapons, supplies and money. Many of them operate in border areas or areas with oil installations that are important to Khartoum (in the Upper Upper Nile region). Frequent changes in alliances, however, suggest that many of the rebel groups are more motivated by economic gain than ideological conviction.

6: Challenges when the country is to be built

Until now, the government in Juba has focused on relations between the north and the south and the implementation of the peace agreement. This focus may have gone beyond the work of building a viable and legitimate state with strong institutions.

POOR SERVICES AND WEAK INSTITUTIONS: Lack of basic services – schools, health services, clean water, roads and electricity, especially in the areas outside the capital – has led to great dissatisfaction among the local population. With high oil revenues (approximately $ 10 billion annually since 2005) and significant aid funds, South Sudan should initially have a good basis for building the state and providing services to the population.

Today, however, most of the budget goes to an oversized defense and to salaries in the public sector. The weak service delivery is also due to the authorities downgrading the districts. In addition, public institutions are weak and local authorities have poor capacity.

Corruption is also widespread, especially in Juba. Large sums of money disappear right into the pockets of government employees, who often invest the money abroad. Parliament has not yet passed the anti-corruption law, and the authorities’ efforts in this area have so far been little more than empty words.

SPLM DOMINANCE AND INTERNAL STRUGGLE: The SPLM has an overwhelming majority at all levels and has been criticized for excluding opposition parties from important national decisions. The opposition has accused the ruling party of giving away political positions to SPLA officers as a reward for their efforts in the civil war – rather than on the basis of experience and expertise.

Also internally, the SPLM is characterized by strife and power struggles . The goal of a referendum and independence for South Sudan has nevertheless kept the party more or less united until today. In the long run, however, the party is likely to split. This could increase the level of conflict and violence, but also stimulate the development of more democracy. For the time being, however, one must be a member of the ruling party to gain access to power and money.

Lack of education and information makes it all too easy for politicians and parties to mobilize along ethnic divides . This helps to divide, rather than unite , South Sudanese society. The government has so far failed to build a national identity. It is important to ensure a lasting peace in South Sudan and the rest of the region.

7: The international community and South Sudan

In 2011, the UN established a peacekeeping operation in South Sudan ( UNMISS ) with the task of mitigating the many internal conflicts and building a viable state. In order to best cope with these challenges, UNMISS must have a so-called decentralized structure. This means that there will be more offices and employees out in the field and fewer at the headquarters in the capital of Juba. In this way, the UN hopes to be able to reach the most vulnerable areas and engage local communities to find their own solutions to their problems. To succeed, it is important for UNMISS to work with local actors with in-depth knowledge of the many problems and how they can be solved. Civil society, as voluntary organizations, women’s and youth groups and the many denominations, will be able to become important partners for the UN operation.

For several years, Sudan has been one of Norway’s most important aid recipients. Today, however, much of the money goes to emergency aid that does not solve the many underlying problems in South Sudan, as a country located in Africa according to itypejob.com. In order to contribute to stability and peace in the region, Norway and other donor countries should turn their efforts towards more long-term projects to develop infrastructure, social services, agriculture, institutions and expertise.

Many actors are now signing up to help South Sudan establish a viable state. They can all help South Sudan put the many gloomy predictions to shame. Nevertheless, their commitment and ability is limited. First and foremost, it is the South Sudanese themselves who will have to find solutions to their problems, overcome corruption and crime, curb internal conflicts and decide what kind of state they want to build. 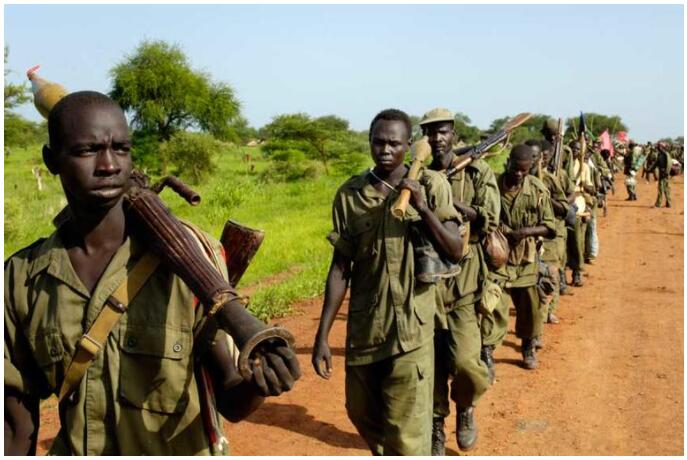