Head of state: Bashar al-Assad (President of Syria since 2000)

Head of government: Imad Khamis (Prime Minister of Syria since 2016)

In 1963, the Ba’ath Arab Socialist Party (Party of Revival) came to power. The party advocates nationalist and socialist principles. Their main motto “Unity, Freedom, Socialism” is directed against colonialism and imperialism.

After the unification of the Ba’ath Party (founded around 1946) with Akram Haurani’s Arab Socialist Party, the Ba’ath Party sought to build regional parties in the Arab countries. The founders of the party were Michel Aflaq and Salah Bitar, both from Damascus.

In 1966 there was another coup by the left-wing Baathists after the Ba’ath party split into a moderate and a left wing. Michel Aflaq fled to Baghdad. There were now two separate parties in Damascus and Baghdad. The party was built up like the parties in the Soviet Union and the Warsaw Pact states: under the leadership of the Ba’ath Party, all other parties were integrated into a common front. The party dominated the mass organizations such as the trade union, the student organization and the farmers’ association.

Since the founders had left the country after the split, the Syrian Baathists now invoked Zaki al-Arsuzi. Arsuzi was a nationalist from Antakiya who had fought against the policies of the French colonial power in 1939, which, with the subsequent approval of the League of Nations, had ceded the Sanjak Alexandrette (now the province of Hatay) to the Turks. In doing so, they tried to prevent Turkey from going to war alongside Germany. Arsuzi went to Damascus, but never joined the party.

Since its 1963 coup, the party initiated another agrarian reform and laid down the maximum property limit for irrigated and non-irrigated soils in Agricultural Law No. 88.

Under the left Baathists, the revolution from above began in 1966: more state development programs, expansion of the administration as well as the education and health system and the increased development of industries.

In 1970 about 88 percent of the confiscated cultivation land had been taken over by the state, but only 33 percent was distributed to the farmers. Electricity companies, the textile and food industries and the chemical industry were nationalized. The power of the great latifundia was broken, but the peasants could not be mobilized; the middle landowners were strengthened, but it was not possible to establish functioning cooperatives.

After the Israeli conquest of the West Bank and East Jerusalem in the 1967 war, more Palestinian refugees arrived in Jordan. But all the political organizations of the Palestinians also settled there, so sooner or later there was a conflict. In 1970 the Jordanian military took action against the Palestinians in the Black September campaign. The left Baathists advanced from Syria with tanks against the Jordanian military in order to support the Palestinians. When state and prime minister Nureddin al-Atassi ordered the air force chief Hafiz al-Assad to intervene, the latter carried out another (bloodless) coup. 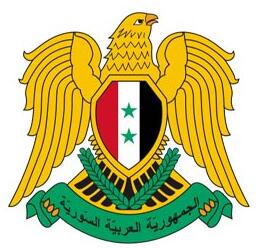 The Assad family takes over the land

After the coup in Hafez al-Assad, the left parties had to join the National Progress Front under the leadership of the Ba’ath Party. Those who refused went underground. The most violent phase of the struggle against the communists and the Muslim Brotherhood followed at the end of the 1970’s.

The Fighting Guard, close to the Muslim Brotherhood, carried out the most devastating attack on June 16, 1979 in Aleppo, in which 83 Alawite cadets died. The regime then expanded its security apparatus. Hafez al-Assad’s brother Rifaat headed the 20,000-strong state security force, the so-called Defense Brigades, in which mainly minorities – Alawis, Christians, Kurds – were organized. Freedom of movement was further restricted across the country, and random roadside checks became increasingly the rule.

The high point of the repression was the suppression of the uprising of the Muslim Brotherhood in Hama in 1982. The number of those killed is estimated at between 10,000 and 40,000.

In March 2011, as in Tunisia, Egypt, Libya and Yemen, a broad popular protest movement arose in Syria. Led by forces from civil society, protests were made against widespread corruption and for freedom. But the situation quickly escalated to such an extent that the protest movement demanded the overthrow of the regime. With the outbreak of the war in Syria, civil society became increasingly caught between the fronts. Many of their representatives were arrested or even murdered. Nonetheless, there is a strong civil society in Syria, which is currently particularly active in the area of humanitarian aid and hostility from the various warring parties. One of the most famous Syrian activist groups are the White Helmets. They received the “Alternative Nobel Prize” in 2016, their chairman, Raed Saleh, received the “Franco-German Prize for Human Rights and the Rule of Law”, and a short film about the “White Helmets” received an Oscar in 2017. The federal government has so far supported the “White Helmets” with at least 7 million euros.

The high dynamics of the Syrian conflict and the associated constant shifting of areas of influence make the work of civil society considerably more difficult, as it is often appropriated or attacked by the opposing conflict parties. Both the democracy movement and the human rights movement are the clear losers of the war in Syria. Most of their representatives were murdered, fled or disaffected.