Under the rule of the Ba’ath Party, most of the larger companies in Syria were nationalized. Around 16 percent of all workers are employed in agriculture and industry, and 65 percent in the service sector. Since taking office, President Bashar al-Assad has in particular tackled the development of a private or partially privatized economic sector and facilitated foreign imports and investments. Since then, Syria has officially been in the “transformation” stage. However, Syria is a long way from a “social market economy” modeled on Rhenish capitalism, and the standard of living of many Syrians has fallen increasingly in recent years.

According to mathgeneral, agriculture has traditionally been the mainstay of the Syrian economy. Only a third of the land is usable for agriculture. 90 percent of the arable land was used in the mid-1980’s. Most of the land is privately owned. State farms cultivate 20 percent of the area. The prices for agricultural products are mostly controlled by the state. Extending the cultivation area through extensive irrigation projects failed as early as the 1950’s, just as the land reform got stuck in the beginning and the social problem was not solved sustainably.

The aim of the land reforms of 1958, 1963 and 1966 was the establishment of state farms. Agricultural products should now be grown and distributed in a rational way. In 1972, nine out of 15 farms suffered heavy losses. In the early 1980’s, 72,000 hectares of state land were distributed to the farmers. In 1970 the land reform was completed. 1.5 million hectares were nationalized, plus 443,000 hectares were distributed to the smallholders. Bedouin sheiks, chiefs of the Euphrates tribes, however, registered collective land in their name. Before the land reform, 90 percent of the arable land was in the hands of 40 Bedouin chiefs and city notables. Ten of them owned 70 percent irrigated land on the Euphrates.

As before, pre-industrial production conditions prevail in agriculture, the standard of living for small farmers is low. No agreement has yet been reached between Turkey and Syria or Iraq on the use of water from the Euphrates. A drought that is still ongoing today has caused serious damage to agriculture in recent years. Global climate change is likely to affect Syria even more. If the country was once a granary, today it also has to import food. Only 3 percent of the country is forested. Reforestation programs should counteract this.

Syria is not rich in natural resources, but there are deposits of fossil oil and gas as well as iron ore and especially phosphate that are also mined. The country is the fifth largest phosphate exporter in the world. This mineral is also processed into fertilizer on site. The reserves of oil are more limited, where the “peak oil” has long been exceeded. Yet the oil industry is the most important in Syria, with oil and gas accounting for three quarters of all export earnings and a third of total GNP. Other natural resources are natural asphalt, salt, chrome and marble. Syria also has cement, dolomite, gypsum, nitrogen, phosphoric acid, industrial sand, tuff and sulfur productions. Quartz sand for silicone production is also abundant. The mining is largely controlled by the state, but the oil company ”

In Syria, the sun shines about 200 days a year. Still, most of the energy comes from mineral oil. Therefore, the expansion of renewable energies has been declared economic policy for several years. There is already a wind farm near Homs, and in addition to devices for thermal use of the sun, which are already being manufactured by over a dozen private companies, they are planning their own production of solar cells together with a Ukrainian company.

The country still exports furniture on a small scale. But the importance of handicrafts has steadily declined.

Syria only produces textiles industrially on a significant scale. National research institutes deal with the development of the textile industry. Growing privatization has created subcontracting companies for large multinational corporations. Leather goods and especially shoes are also produced in Syria.

Chemicals and pharmaceuticals are also manufactured in Syria. The country can not only supply itself with important medicines. Electrical appliances and other durables and consumer goods are also mainly produced for their own use.

The petrodollars from the Gulf have also found their way into banking. One of the first measures by President Bashar al-Assad was to authorize private banks. Foreign banks have been allowed to operate in Syria for the first time since 2001. In 2003, a decree also allowed the possession of foreign currency. In 2005, state-owned and private banks were allowed to borrow foreign money to finance imports. In the same year a decree followed that allowed the establishment of Islamic banks and private insurance companies. There has been a private insurance company since 2006. In 2007 seven foreign banks, including two Islamic ones, started operating.In 2009 a stock exchange was opened in Damascus. 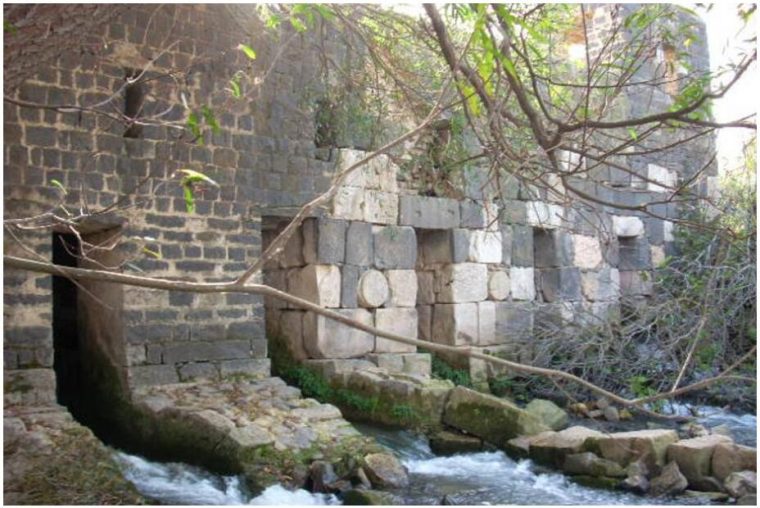