According to the “International Telecommunication Union”, Syria had the fifth weakest telephone network in the Middle East before the war began. The whole country should not be networked until 2013. Mobile telephony was also comparatively poorly developed. Syriatel alone accounted for more than 50 percent of the market. In mid- 2004, the company spoke of around 820,000 customers. At the end of June 2007, according to the company, there were already 2.8 million

Syriatel belongs to the entrepreneur Rami Makhlouf, a cousin of President Bashar al-Assad, whose company holds major shares in almost all major projects in Syria. That is why the first protests in Deraa in 2011 were directed against him and his company Syriatel, which was set on fire by the demonstrators.

The second mobile operator is Investcom. This belonged to the current Lebanese Prime Minister Najib Miqati. In 2006 Investcom merged with the South African MTN.

The Internet was initially only offered by a state company, the Internet service provider ISP, founded in 1997. This was preceded in 1989 by the establishment of the Syrian Computer Society, which is generally responsible for the development of IT technology. Internet and telephone are monitored by the state.

The first railway lines were built during the Ottoman Empire. Travel and freight traffic by rail has increased steadily in recent years despite the closure and destruction of routes. Since 1992, private minibuses have also played a large part in passenger transport. In addition, private cars are becoming increasingly popular. In 2005, 278,866 cars were registered, that’s one car for every 65 citizens. Since 2009 the Samand Peugeot replica has been manufactured in a joint venture with “Iran Khodro” near Damascus.

According to internetsailors, in 2002 Syria had an estimated 3.2 million visitors from Arab countries, most of them from Lebanon, but also from Jordan, Saudi Arabia and Iraq. In 2002, 1.1 million visitors came to Syria from other countries, including western countries. With an estimated six percent share of the Syrian economy in 2000, tourism was an important source of foreign currency that could easily be expanded.

However, since the start of the uprisings in March 2011 and especially since the militarization of the revolution, tourism has come to a complete standstill, and the Federal Foreign Office has issued a clear warning against traveling to Syria.

During the three-year period of the United Arab Republic (the merger of Egypt and Syria between 1958 and 1961) and under the rule of the Ba’ath Party, most private companies were nationalized, including all banks. That was the time of the great irrigation projects, with which the agriculture should be expanded, combined with a land reform. However, both of these did not work out as planned. The Assad Dam cannot be used for irrigation to this day, and the construction of canals has proven difficult due to the nature of the soil. It is true that the gap between rich and poor did not widen too wide. Cooperatives, which were planned to be set up as a result of the land reform, were not accepted by the rural population.

Spotlight: Everyday life in a village

In the case of wheat and barley, it was not possible to meet the demand in the long term; here Syria, like most Arab countries, has even become an importing country. The fact that the prices of agricultural products were set by the state sometimes encouraged smuggling. 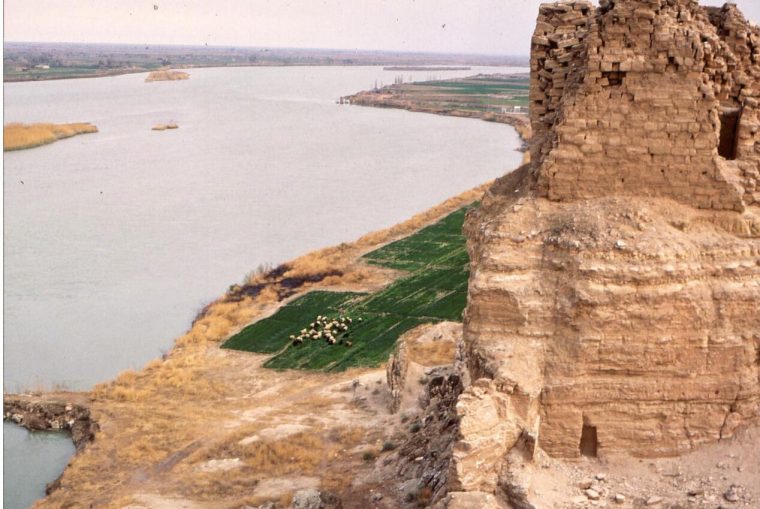