No major reforms have taken place in the Ottoman Empire. At the turn of the century there were private schools, mostly French and some initiated by Arabs. There were Christian mission schools in the cities, the leaders of which were often Arabs. The Koran schools were widespread in smaller places and also in the cities and there were some religious universities.

The Republic of Faisal 1919/1920 planned to expand the school system. The education minister Sati al-Husri was responsible. (5 percent of school-age children attended school).

In 1936, when the Syrian-French Treaty was signed, foreign cultural institutions, including schools, played an important role. Their status could not be touched, but the French refused to ratify the treaty because the French cultural influence was endangered by the nationalist Arab policy of the Syrian mandate government.

According to extrareference, the Syrian education system is highly centralized. School attendance is compulsory for 9 years, including 6 years in primary school and 3 years in a secondary school. Compulsory school attendance is free in public schools. The majority of schools are state-run, 1.8 percent are private schools. The Ministry of Education regulates teaching in both public and private schools. In addition to the Syrian schools, the UN Relief and Works Agency for Palestine Refugees in the Near East (UNRWA) runs schools for Palestinian children.

Article 21 of the 1973 Constitution states: “The system of education and culture aims to attract an Arab, national, socialist generation who are distinguished by scientific thinking, connected to their history and country, and proud of their cultural heritage which is filled with the spirit of struggle for the goals of its nation in unity, freedom and socialism and which stands in the service of humanity and its progress. ”In the educational reform of 2003, the military uniform for schoolchildren, which had been mandatory until then, was abolished and military instruction fell away. The right to religious instruction was introduced. The various religious communities were now allowed to offer denominational lessons. Every larger parish has private schools. The children are picked up by the school bus and brought back home. There are also private Islamic schools.

The upper level of the secondary school is divided into a general education and a professionally oriented area. At the 3-year general secondary school, which is divided into a literary-humanities and a mathematical-scientific branch from the 11th grade onwards, pupils can acquire the general university entrance qualification (Baccalaureate). However, graduates of the literary and humanities branch are not enrolled in mathematical and natural science courses. In addition, Syrian schoolchildren can acquire vocational qualifications or a technical diploma at vocational and technical secondary schools. Many private universities have also emerged in recent years. The state universities are located in Damascus, Latakia,

Before the conflict began, the proportion of children attending school was 93 percent. More and more schools were destroyed as a result of the armed conflict. Internally displaced children in particular have difficulties attending school. 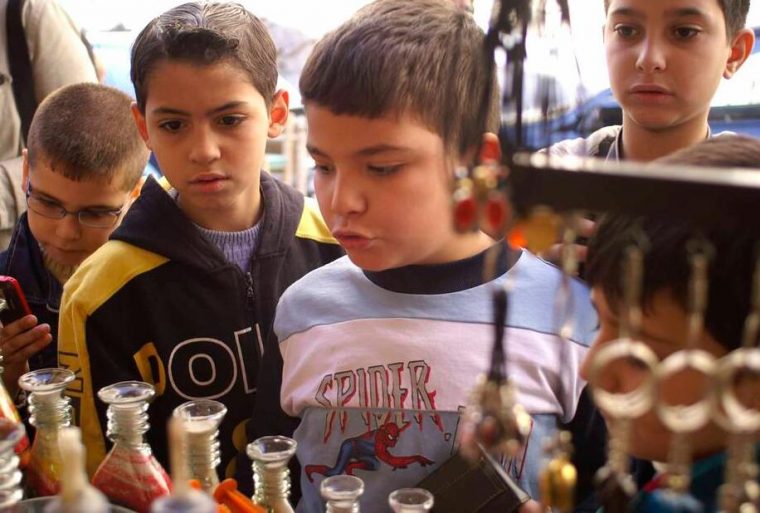 The health system in Syria has collapsed. It is estimated that more than half of all hospitals in the country are destroyed or badly damaged. Thousands of doctors and nurses have been killed, imprisoned or fled abroad. In September 2013, for example, according to a UN report in Aleppo, only 36 of the 5,000 resident doctors were on site. In June 2016, the aid organization Doctors Without Borders reported massive attacks on Aleppo’s infrastructure, in which hospitals were repeatedly attacked.

Due to the war situation in the country, many children could not be vaccinated against polio. Therefore, for the first time since 1999, cases of polio have been detected. To prevent an epidemic that could spread to neighboring countries, UNICEF carried out a large-scale vaccination campaign in Syria. The authorities in Germany are also alarmed, and vaccination status checks are to be carried out on all people who have immigrated to Germany from Syria.

In 2001, the percentage of adults infected with HIV / AIDS was an estimated 0.1 percent. According to government statistics, there were 552 people living with HIV in Syria in 2008. However, experts, including Syrians, estimate that the number is much higher.

The government offers these people medical care, but the UN criticizes the inadequate efforts in terms of prevention. There are hardly any information and contraception campaigns. Although the government carries out tests in clinics and distributes information brochures, these do not reach the population due to the tabooing of sexuality in general and homosexuality in particular (this is even a criminal offense). Infected people are often rejected and criminalized by their families.

Everyone who works in the public sector is insured; there is accident, health, disability, old-age and unemployment insurance.

According to Syrian law, employers are obliged to pay 17 percent of their salary into social security so that employees are covered by pension and health insurance, as well as for incapacity for work and unemployment. Employers are responsible for ensuring safety in the workplace. In practice, few entrepreneurs stick to it.

The four million Syrians who work in the private sector have no protection if they are injured while on the job. An estimated 45 percent of the country’s workforce works in the informal sector.