The cost of living is quite low for Europeans due to the exchange rate, but can fluctuate considerably due to the current crisis situation. Due to the civil war, which has been affecting the country considerably since 2011, one must reckon with considerable supply restrictions in everyday life in Syria.

This also applies to apartments and houses, especially in Damascus. Housing prices have risen sharply in recent years due to the growing population due to internal displacement, but also because of the Iraqis who have fled to Syria. In the capital, apartments are offered for a monthly rent of between one thousand and two thousand dollars. But it is also possible to rent cheaper apartments. Brokers can help you find an apartment, but usually charge around a tenth of the annual rent.

Before the war, it was possible to pay by credit card in Syria. However, since the sanctions imposed by the USA and the European Union, the use of the cards is no longer possible. The same applies to payments or withdrawals with the EC or Maestro card. Goods and services currently always have to be paid for in cash. Travelers checks can hardly be exchanged either.

According to estatelearning, the Syrian lira / pound has lost massively in value since the outbreak of the civil war and is subject to greater fluctuations. In addition, many goods have become so scarce that prices have risen sharply. ATMs can be found in large cities in Syria. With credit cards, cash can be withdrawn at a government-set exchange rate. Credit cards are accepted in large hotels, and to a limited extent in souvenir shops. Travelers checks can be cashed at private banks; Euro checks are only paid out after a (long) verification. The import and export of Syrian lira is prohibited in Syria, especially since Syrian lira cannot be exchanged in Germany.

Transfers from Germany to Syrian banks are possible in principle, but due to the embargo against Syria, some German banks refuse to carry out transfer orders.

International hotels and airline tickets must be paid for in US dollars by foreigners.

In any case, it is not advisable to exchange money on the black market that is currently emerging again.

Until 2011, Syria was considered a country with relatively good health care. Most of the state clinics were free and the polyclinic system more or less guaranteed nationwide coverage. Today 73% of all hospitals are no longer functional, the majority of rural health stations and 60% of drug production have been destroyed due to the war. Estimates show that between 2011 and 2015 half of all Syrian doctors left the country. Especially since access to medical care in Syria is increasingly being misused as a weapon.

You can find medical information about Syria on the website of the Federal Foreign Office.

Caution is required, especially with raw foods. In any case, you should refrain from eating uncooked vegetables or salads and fruit in restaurants. Aside from unpleasant intestinal diseases, typhus and hepatitis can also threaten. As a result of the collapse of the water supply in many parts of the country, the danger has increased many times over.

The water is safe to drink in many regions of Syria (provided it comes fresh from the tap and not from the water tank). Even so, foreigners are strongly advised to boil the water or buy it in bottles.

With children in the target country

There is no German school in Syria. However, in larger cities you can find French and English schools. However, the security situation in Syria is so bad that it is not advisable to travel to the country with children.

Damascus is a convative city, but the people are very tolerant and open. Syrians are well known in the Arab world for their warmth, openness and helpfulness, so that it is impossible to get lonely in Syria.

Most households and rental apartments now have a landline connection. In the case of rented apartments, you can usually not call abroad from this connection. For this there is an increasing number of card phones in larger cities. Or you go to a Syrian Post telephone center.

A SIM card for cell phones is available in many small telecommunications stores. However, it is advisable to purchase the card in a branch of the two large mobile phone providers Syriatel or MTNSYR, as the small shops cannot help with problems.

There is a roaming contract between Deutsche Telekom and “Syrian Telecommunication Est” (Syriatel). 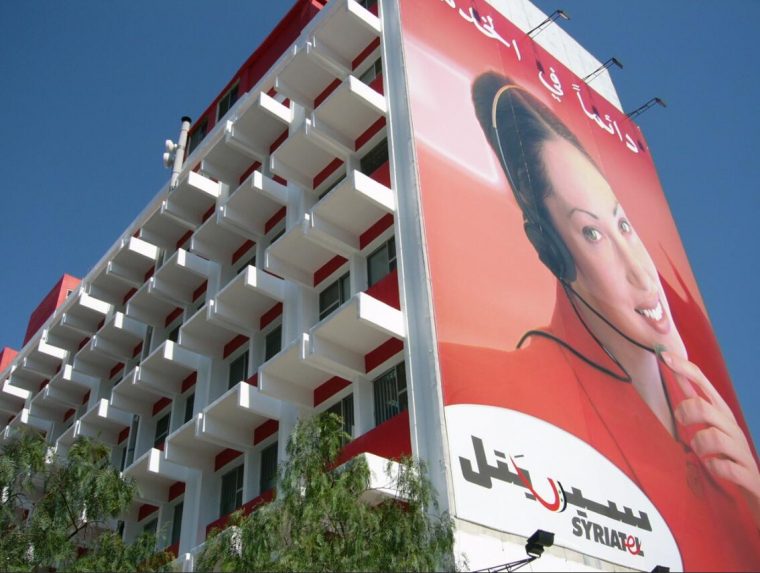 The Internet in Syria is (very) slowly being expanded. Around a million Syrians have access to the network. There are numerous Internet cafés with a fast DSL connection, but the Syrian government is constantly tightening Internet controls. Many Internet addresses are currently blocked. If you want to access the web from home, you need a lot of patience. After all, there are Internet cards to buy from various providers that provide access so that you only need a landline line and a computer and can surf the web until the time credit has expired.

The non-governmental organization Freedom House regularly publishes the Freedom on the net report. At the lower end are Syria, Iran and China.