Due to the military clashes between sections of the Syrian opposition and the regime, the situation of the population has deteriorated dramatically in recent years. Over 4.8 million refugees are now registered abroad; in fact, far more people have left the country. The number of internally displaced people is estimated at over seven million.

According to historyaah, life expectancy has fallen from 70 to 55 years in the last five years, according to a report by the Syrian Center for Policy Research, around 470,000 people were killed and 1.9 million wounded, or 11.5 percent of the Syrian population.

The World Food Program (WFP) estimates that 13.5 million people are now dependent on humanitarian aid, six million of whom are children.

Composition of society – religions and ethnicities

Syrian society is like a mosaic made up of religious communities and ethnic groups. The various groups lived together mostly peacefully for centuries. The constitution guarantees religious and cultural freedom and defines Syria secularly, only the president as head of state has to be a Muslim. Islamic jurisprudence is cited as the main source for legislation, but not as the exclusive source of national law.

The majority of Muslims living in Syria are Sunnis. There is also a small minority of Shiites (Twelver) and in the area of Salamiya Ismaili (Shia sevens). The Alawites, who make up about 12 percent of the population, live mainly in the coastal area and in the mountains, the Druze mostly in the Hauran south of Damascus. In the entire public service, the security apparatus and in the officer corps, the members of the Alawite minority had been systematically privileged for decades

The Kurds, who make up around ten percent of the population, are mainly Sunnis, but there is also a very small minority of Yazidis. The religion of the Yazidis is a conglomerate of Zoroastrian and Gnostic elements as well as elements of the star cult. They are not recognized as a book religion by Muslims and were often persecuted as idolaters.

Other ethnic groups are the Circassians and the Turkmen. They are Sunnis, the Turkmens mostly live on the coast near Latakia.

Around 500,000 Palestinians registered with UNRWA live in Syria, some of them in refugee camps that have existed for decades. Many of them were forced to flee again in the course of the military conflict since the end of 2011.

In particular in the Yarmouk refugee camp near Damascus, the situation for the people is catastrophic due to the closure by the regime. In December 2013, Palestinian groups sent a cry for help to the public. Many refugees from Syria are returning to Syria due to poor conditions in the host countries despite the destruction.

The number of Iraqi refugees in Syria was at times two million. Many of them returned after the situation in Iraq had calmed down, while the current war in Syria forced others to return unintentionally.

The Christians in Syria are divided into the West Syrian Church (Syrian Church, Orthodox and United Catholic Church), whose followers in Europe are also called Jacobites (after the church father Jacob), and the East Syrian Church (Assyrian Church and Chaldean Catholic Church); their followers are also called Nestorians. The believers in the Catholic branch of the Greek Orthodox Church call themselves Melkites. The Armenians belong either to the Armenian Orthodox Church or to the Catholic branch. The small minority of the Maronites in Syria comes from Lebanon. Of the up to 1.6 million Christians who are believed to have lived in Syria before the conflict began, around 500,000 are in the country today. The majority of Christians in Syria hardly question the framework conditions set by the Assad regime.

In Germany there was a discussion about giving preference to Christian refugees from Syria. This idea does not meet with approval from all Syrian Christians and would have fatal consequences for the existence of the Christian community in Syria.

After the First World War, around 18,000 Jews lived in Damascus, Aleppo in Syria and in Qamishli in the Kurdish-Syrian north. In response to the founding of the state of Israel, Syria, which had just gained independence, passed a series of discriminatory laws that further increased the pressure on the minority. Another turning point was the 1967 Six Day War. Many Jews were arrested, an unknown number murdered in Damascus and Aleppo. The authorities closed most of the Jewish schools and educational institutions. Until 1996 (Oslo agreements between the PLO and Israel) there were still 4,000 Jews in Damascus and a very small community in Kamishli. After the Oslo Accords, most Jews emigrated – to the Syrian Jewish communities in New York or Argentina, some to Israel.

The social and cultural wealth of Syria has always been instrumentalized in times of conflict. Political attitudes cannot be generalized from religious ethnic affiliations. The lines of conflict currently run right through Christian and Druze families as well as through Sunni families. The longer the conflict lasts in Syria, the more destructive it is on interdenominational composition. 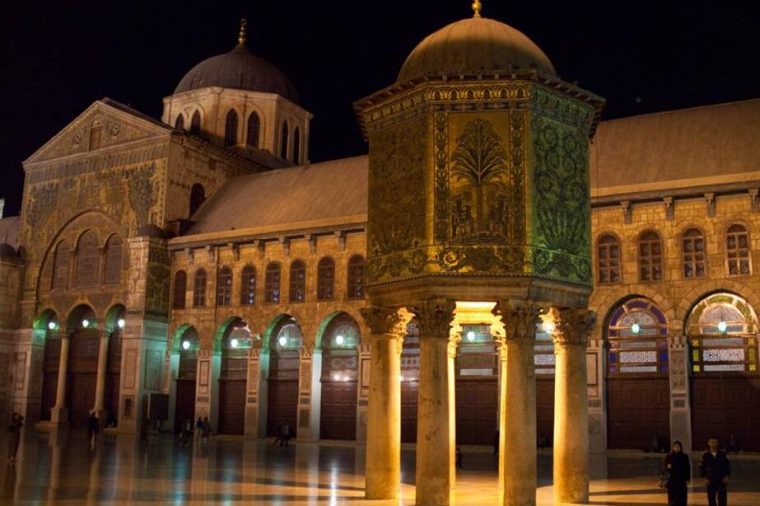