Due to the gender segregation, women use their own traditions. The following quasi-institutionalized women’s meetings are taking place in the cities – although a decline has been recorded due to the increasing employment of women.

This is a social tradition that is practiced by all women – regardless of their religion. Men are excluded from it. According to studies, such as that of Friederike Stolleis (Public Life in Private Spaces, Muslim Women in Damascus, 2004), everything is discussed there, from family problems to marriage. The women who organize such a group know each other very well.

In contrast to the Subhiya, women are nicely dressed on these occasions and flaunt their jewelry. There is coffee and sweets, there is dancing and board games are played.

The focus is on socializing, not saving and talking about money distribution. At every meeting something is paid in by everyone; when the pot is full, it is paid out in turn.

The hamam, originally a traditional meeting place for women, has only recently started to play a role again.

All of this applies to urban structures. In the countryside and among the Bedouins, women have a different role due to the different division of labor between men and women.

There are still early marriages, although the average age at marriage for women is now 25. According to the law, women are allowed to marry from 17 and men from 18. However, a judge can legalize early marriages: (for women from 13 years and men from 15 years). An estimated 25% of young women between the ages of 15 and 19 are married, divorced or widowed (UN, 2004).

Polygamy is allowed. A man can marry up to four women. However, a judge can forbid a man to marry a second woman if he is financially unable to support her. Polygamy is not very common in Syria. Usually the father has more rights than the mother. When the father dies, the mother receives custody of their children. In the event of a divorce, the mother is the guardian – until the sons are 13 and the girls are 15 years old.

Islamic law provides that a woman can inherit from a father, mother, husband, children and, in exceptional cases, from other family members. In general, their share is smaller than that of a man. A daughter inherits half as much as a son. However, changes in favor of the woman can be determined by a notary public; an unmarried woman over 18 does not need the approval of her male protector if she is traveling. A woman cannot work in jobs that the government deems dangerous or immoral.

Although refugees generally suffer from poor economic conditions, Syrian women are more acutely affected than others. Women are particularly hard hit in the Syrian war. They are sexually exploited both in Syria and in the refugee camps. The war also increased the acceptance of child marriages.

According to franciscogardening, 36 percent of working women and 50 percent of men work in the state sector. Those who wanted to make a career in Syria joined the Ba’ath Party. As in the former Osblock countries, studies, work or other involvement in Syria can be achieved more easily with a party book. The Baath Party is omnipresent and determines the content of trade unions, employers ‘associations, women’s organizations, journalists’ associations and medical associations.

There are no gender-specific differences in certain positions / posts. Women as lecturers or professors make up half of the teaching staff in the Faculty of English and French.

According to Art. 17, polygamy is permissible, according to Art. 20, the man has overall supervision in the family, and Art. 58–94 regulate divorce: this is based on the will of the man; there is no provision for a consensus decision or a joint contractual arrangement. Article 464 allows Muslims who marry a Christian or Jewish woman not to inherit her. Art. 269–273 sanction the unequal distribution of inheritances in favor of the male heirs (changes can, however, be determined by a notary in advance).

Labor Law: There are no articles penalizing sexual harassment in the workplace.

The right to vote for women was introduced in 1949.

Today women shape the entire appearance in urban centers – in the parks, cafes, cinemas, streets and as drivers. 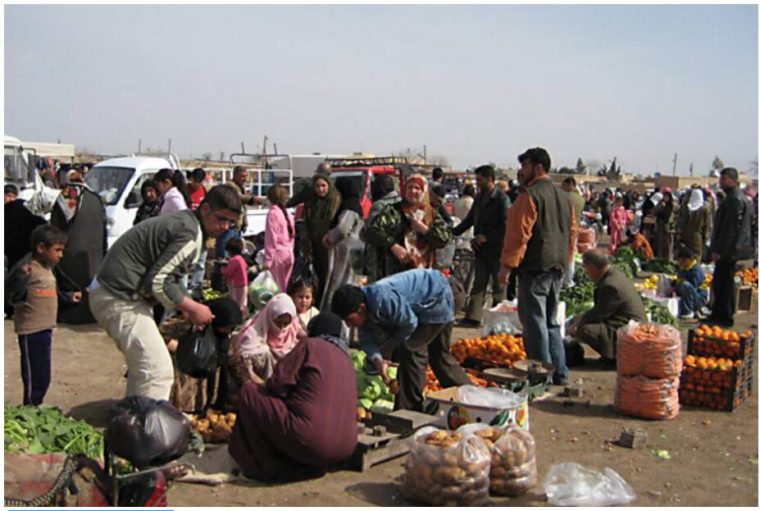