When Bashar al-Assad took over the succession in 2000, his inaugural address raised hopes for reforms.

The opposition immediately followed suit: 99 intellectuals demanded in a declaration (later called the “Manifesto of 99”) the lifting of the state of emergency, a general amnesty and the reintroduction of basic rights.

Clubs, salons and debating circles emerged in private apartments. Civil society responded with these initiatives back to the public. Many clubs or organizations actually had the term civil society in their names. Since there was no reaction from the regime, the “Manifesto of 1000” was written by 1000 intellectuals from all walks of life. It contained the same demands as the “Manifesto of 99”, but with additional demands such as the need to combat unemployment and poverty, the admission of new parties, etc. The most famous salon was that of the industrialist and MP Riad Seif. Seif had been an independent member of parliament and the regime since 1994 because of his critical stance. He owned a sportswear company with 1,100 employees. Large discussions took place in his house. When the question of founding a party was discussed there, the red line was crossed, as Abdelhalim Khaddam put it. Khaddam split in 2005 from the regime and was expatriated. He lives in Paris and is critical of the regime, even though he was an important pillar of the regime under Hafiz al-Assad as Foreign Minister (1970-1984) and Vice President (1984-2000).

Riad Seif was bankrupted by the Ministry of Finance and Economy. When he criticized the cell phone business of the President’s cousin, Rami Makhluf, who holds 51 percent of the capital shares in the two network operators, Syriatel and Intercom, in parliament, it was his end as a member of parliament. His immunity was lifted. He and other opposition officials were sentenced to prison terms on November 28, 2001.

According to pharmacylib, another important salon was the Jamal al-Atassi Forum for Dialogue and Democracy. It was founded in 2001 and was able to keep its doors open the longest of all the circles that formed at that time. Only after the forum spokesman Ali Abdallah read a letter from a Muslim Brother at a meeting did the regime intervene and the forum had to close, as the then forum chairman Suhair al-Atassi reported.

In 2002 Israel invaded the occupied territories under the name “Operation Schutzschild”. A solidarity movement developed in Syria, which held weekly vigils in front of the EU building. The “Committees for the Revitalization of Civil Society” as well as women’s and student committees coordinated their activities. Solidarity with Palestine was in the foreground, so the regime could not intervene so easily. But it was known that these activists also fought for human rights and freedom. The leaflets distributed at the time recall the demands made in the Arab Spring: ” Dear citizens, this is your chance to feel that you are important, that you are free and that you are human.”

In 2005 the Damascus Declaration was launched, which called for democratization of the country. The first signatories were various personalities (including Riad Seif, Abdulrazaq Eid, Fidaa Akram al-Haurani, Haitham al-Maleh) as well as organizations such as the Kurdish Democratic Union, the Committees for the Revitalization of Civil Society, the National Democratic Group in Syria, The Future Party and the Democratic Kurdish Front. Not all Syrian opposition activists support the declaration, especially because of the role that Islam is assigned in the text of the declaration.

When shortly afterwards, in the spring of 2006, the Damascus-Beirut Declaration was published, which was signed by Syrian and Lebanese intellectuals on May 12, 2006 and called for the normalization of relations with Lebanon, the regime responded with a wave of arrests. Oppositionists who had been spared during the Damascus Spring, such as Anwar al-Bunni, Michel Kilo and Mahmud Issa, were also sent to prison.

Hopes for reform were fulfilled under the new president not. Four years after Bashar al-Assad took office in 2000, the International Crisis Group identified an urgent need for major change. But all demands for reforms were severely punished by the regime. 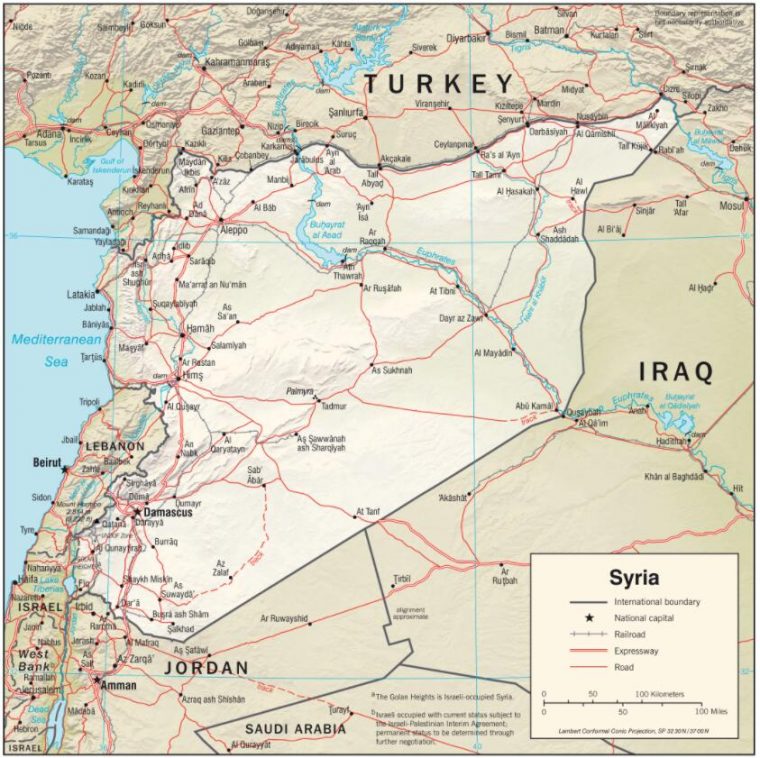