Syria and the Lebanese Civil War

When the Lebanese left and the Palestinian organizations saw an election victory in 1976 in Lebanon, the civil war between the Palestinians, the Forces Lebanaises and the Kataib (Christian-Maronite militias) had just started. Syria now intervened in the civil war in favor of the Maronites. Syria, which had no mandate to invade, was mandated by the Arab League to act as a peacekeeping force in the civil war.

In 1982, the Lebanon invasion by Israeli troops took place (“Peace in Galilee”). The aim was to smash the Palestine Liberation Organization (PLO) and drive it out of Lebanon. Ariel Sharons planned to install an Israel-friendly (Christian) regime together with the Maronite forces around Bashir Gemayel. The Syrian forces moved back to the Beqaa Plain, where they were defeated by the Israeli air force. The Israeli-Maronite plans to found a Christian government failed, and Bashir Gemayel was murdered. The Israeli troops advanced as far as West Beirut, although they had promised the American negotiator Habib not to enter West Beirut. The Christian militias – Eli Hobeikas Phalange and the “South Lebanese Army” (SLA), which was installed and paid for by Israel – now carried out a massacre in the Palestinian refugee camps Sabra and Shatila under Israeli protection. Israel occupied Lebanon until 1985 – this was also the time when the Shiite Hezbollah was founded and its resistance against Israel.

On November 5, 1989, the remnants of the last Lebanese pre-war parliament elected in 1972 ratified an agreement at the Kleyat Air Force Base (Bekaa Plain), which 62 of its once 99 MPs signed on October 22, 1989 after a 23-day conclave in the Saudi Arabian Taif had. The Taif Agreement, the “document of national understanding”, was intended not only to settle the civil war that has been going on since 1975, but also to establish consensus for post-war Lebanon.

All militias were disarmed, with the exception of Hezbollah, because Israel was still occupying southern Lebanon. In the Taif Agreement, the Syrian security forces in Lebanon were assigned an important role in restoring and expanding state authority. According to Chapter II of the “Document of National Understanding”, they should help the Lebanese state expand its authority. Syrian administrative assistance should be limited in time and end no later than two years after the ratification of the Taif Agreement, the election of a president, the formation of a government of national unity and the adoption of political constitutional reforms (ie in autumn 1993). But at the same time kept the agreement, that after this period the Syrian and Lebanese governments should agree on the further extent and duration of the Syrian troops remaining in Lebanon. Ten years after the ratification of the Taif Agreement, however, were not implemented all the points long.

Israel and the SLA continued to occupy southern Lebanon. In 2000, Hezbollah’s resistance was successful: Israel gave up the occupation of Lebanon. The Israeli troops withdrew, which amounted to a fulfillment of UN-SR Resolution 424. And: Syria no longer had any legitimacy to maintain its occupation of Lebanon. There was only the issue of the Shebaa farms and two other villages that were under Israeli occupation. As a result, Hezbollah continued to refuse to surrender the weapons.

According to eningbo, in 2004, Syria interfered in Lebanon’s constitutional affairs to extend the term of office of pro-Syrian President Emile Lahoud. Then came a severe setback for Syria, and Bashar al-Assad’s policies proved counter-productive. Prime Minister Rafik Hariri resigned and was assassinated in February 2005. Demonstrations and protests against the Syrian occupying power began: the withdrawal of Syria was demanded, just as the UN-SR had previously decided with Resolution 1559 at the height of the dispute over Emile Lahoud. In spring 2005, Syria withdrew from Lebanon. 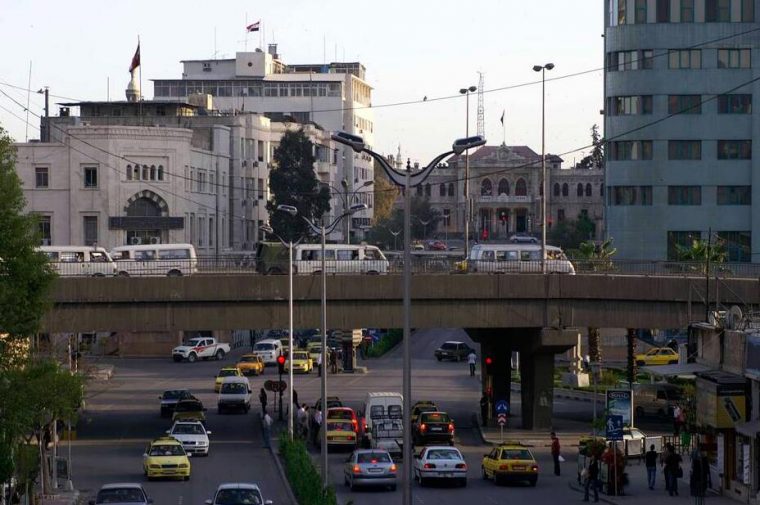 Since the victory of the Justice and Recovery Party (AKP) under Recep Tayyib Erdogan in Turkey, geostrategic changes in the region have given rise to new constellations. Turkey expanded its radius, also on a military level. Their diplomacy – called soft power by some – began with rapprochement with Syria. The prerequisite, however, was that after a long period of confrontation, which often assumed almost warlike proportions, Syria changed its course in 1998 and deported Abdalla Öcalan, the chairman of the Kurdish Workers’ Party (PKK), who repeatedly used Syria as a political force against Turkey had been used.

In the same year, 1998, the so-called “Adana Agreement” was signed to normalize relations between the two countries. This was followed by visits by Bashar al-Assad to Turkey, during which presumably Syria’s position on Hatay (Sanjak Iskenderun, which was given to Turkey by the French colonial power in 1939) was discussed. In fact, Syria has now decided not to return the Hatay. Regular meetings of water engineers followed to discuss the issue of the distribution of Eufrat water. And Turkey offered the training of engineers in the water sector.

The rapprochement between Syria and Turkey meant that Turkey could act as a mediator between Syria and Israel. A brisk import and export between the two countries followed. The mutual visa requirement was also lifted in 2009. 40 agreements, protocols and letters of intent have been signed to develop relations in the fields of research, business and technology. One of the main subjects of negotiation was the waters of the Khabur, Eufrat and Orontes rivers.

During the war in Syria, Turkey initially broke off relations with Syria and repeatedly demanded the resignation of President Bashar al-Assad.