Visas are only issued to people who have a passport that is valid for at least 6 months or who have a residence permit for the Federal Republic of Germany that is valid for at least 6 months. Germans who are permanently abroad must apply for a visa at the relevant Syrian embassy in their host country. Every child needs their own travel document. Male German citizens who also have Syrian citizenship under Syrian law can only enter Syria for three months if they have not performed military service. If this period is exceeded, the person concerned will be drafted. An official permit for such a stay must also be applied for at the Syrian embassy in Berlin.

According to ethnicityology, entry into Syria can be done by plane, bus, train (from Istanbul) or car. Once a week, a ferry from Alexandria (Egypt) also docks in the port city of Latakija. There is currently no direct flight connection to Syria. Sanctions against Syrian Arab Airlines have been in force since July 2012, so purchasing a flight ticket with and for Syrian Arab Airlines to Syria is a criminal offense for EU citizens.

Anyone entering by car requires a carnet de passage and liability insurance on site. The Syrians are more “conservative”. Avoid clothing that is too short or tight, short pants or uncovered shoulders when visiting mosques or churches.

Anyone who applies for an “Iqama”, a residence permit, is obliged to take an AIDS test.

Travel, transportation and traffic in the destination country

Before the outbreak of the civil war, Syria had a relatively well-developed road network. The network covers around 47,000 km, of which 34,000 km are paved. The most important road leads from Aleppo to Damascus and is controlled by various actors in the civil war, so it is strongly advised not to use this road without safety precautions.

The larger cities can all be reached by buses from various companies (so-called Pullmans). If you want to go further into the country, you have to rely on the smaller and less comfortable buses (hop-hop) or micro-buses. The latter operate both within cities and between cities. The minibuses do not run according to a fixed timetable, but only when they are sufficiently full. It can happen that travelers have to wait a long time for departure.

There are numerous taxis within the cities. All official taxis are metered. As a traveler, you should always make sure that this is switched on at the start of the journey, or negotiate the fare beforehand.

The railway network connects Damascus, Aleppo, Lattakija, Deir az-Zor and Qamishli. However, since the outbreak of the civil war, the train has operated very irregularly or not at all. The rail network is to be expanded in the near future, and the port in Tartous and Damascus airport are also being expanded. A new bus system is planned for Damascus.

Anyone traveling by car must expect that place names outside of the cities are only displayed in Arabic. Right-hand traffic prevails in Syria. Most locals usually obey the traffic rules. The maximum speed on motorways is 120 km / h, while the speed in built-up areas is limited to 60 km / h. You may not drive faster than 80 km / h on country roads. Anyone wanting to rent a car in the country must be at least 21 years old and have had a driver’s license for at least one year. 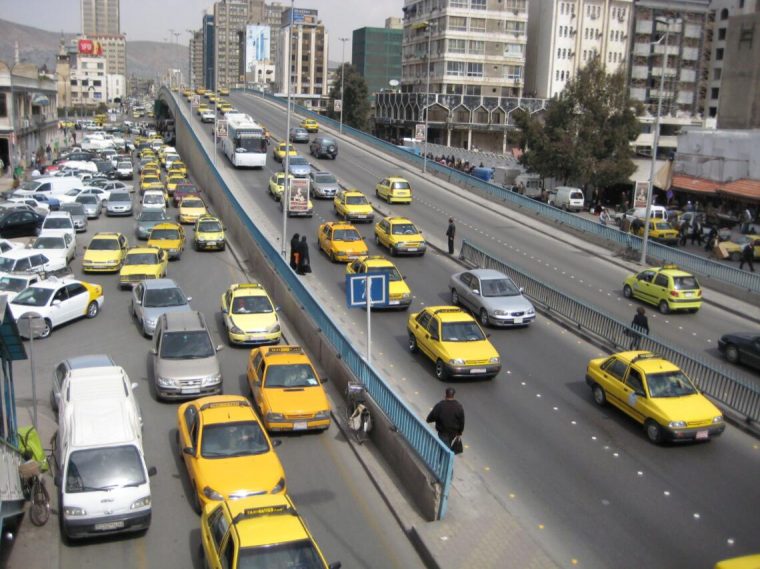 Security for foreigners in the destination country

Please always observe the special safety instructions from the Federal Foreign Office for Syria. Syria has been at war for years. Foreigners, like Syrian citizens, can become victims of violent jihadists. There have been numerous kidnappings, including of foreigners. Therefore some caution is advisable.

With the outbreak of the civil war, crime has risen considerably because the state structures have collapsed in numerous places, and the behavior of the Syrian security authorities is arbitrary. The Federal Foreign Office therefore recommends that Germans leave Syria immediately.

It is advisable to also refer to the travel and safety advice from Great Britain.

Homosexuality is officially prohibited in Syria and is punishable by prison sentences of up to three years. However, the Syrian state does not actively pursue homosexuality. Anti-discrimination laws do not exist because of the illegality. Homosexuality is taboo in society. It is declared a disease. Lesbians, gays and other sexual minorities are abused in many places and pushed into the social underground. Those affected lead a double life.