Two presidents and two leaders of the National Assembly. Failed negotiation attempts and an economic, social and humanitarian crisis that has displaced almost five million people. Is there a solution for Venezuela?

On January 23, 2019, the leader of the National Assembly of Venezuela, Juan Guaidó , declared that he was the rightful president of the country. The National Assembly declared Guaidó president because it did not recognize the re-election of incumbent President Nicolás Maduro . The latter, who has been in power in Venezuela since 2013, however, believed that he was still the country’s legal leader.

One year later, on 5 January 2020, Guaidó was denied entry to the parliament building when he was to stand for re-election as leader of the National Assembly.

Norway’s attempt to mediate between the Guaidó-led opposition and the regime of Nicolás Maduro has not succeeded. The crisis in the country is becoming increasingly extensive and is affecting neighboring countries to an increasing degree. There are few reasons for optimism when Venezuela enters 2020.

2: The battle for the National Assembly

Even after prolonged political chaos, the images from January 5 this year attracted attention: After several elected representatives were denied access to the National Assembly, Juan Guaidó tried to pass heavily armed military guards and climb over the fence of the parliament building. Nicolás Maduro’s preferred candidate, Luis Parra, was then elected chairman of the National Assembly by the representatives already inside the parliament building. In a nearby room, Guaidó was elected by the rest, who were also not allowed to enter parliament.

In the past year, both Maduro and Guaidó have claimed to be Venezuela’s president . Now there are also two who claim to be the leader of the National Assembly.

In retrospect, there is clear evidence that Maduro had bribed MPs to vote for Parra, a former opposition politician who already had extensive allegations of corruption against him. Guaidó’s supporters have also been threatened and assaulted by government-affiliated gangs. How did Venezuela end up here?

3: From two presidents to two parliaments

After the death of former President Hugo Chávez in 2013, Nicolás Maduro led the so-called ” Bolivarian Revolution “, named after the liberation hero Simón Bolívar (1783-1830). The current National Assembly was elected in 2015. At that time, the parties that were in opposition to Maduro’s regime gained a majority.

Among other things, the National Assembly had the authority to approve budgets, pass laws and approve the government’s borrowing abroad. After the opposition gained a majority, the Maduro government deprived the National Assembly of almost all authority. First, the Supreme Court, which is controlled by the government, refused to approve the election of members of parliament due to alleged electoral fraud. Subsequently, bills were blocked by the Supreme Court, and the National Assembly was deprived of budgetary authority. Then, in 2017, Maduro set up a competing “Constituent Assembly”. Rather than write a new constitution, this assembly, with the support of Maduro, has taken over the role of the wing-clipped national assembly.

With power in their hands, why was it so important for Maduro to prevent the re-election of Guaidó?

In recent years, Venezuela has sunk deeper and deeper into an economic crisis. In 2019, the economy had shrunk to less than half of what it was in 2013. The reason is falling oil prices and a long-term failed economic policy. The United States has also imposed sanctions on Venezuela, and in the past year these have hit the oil industry hard. To boost the economy, Maduro wants investments, especially in the oil industry.

But few want to invest in Venezuela, as a country located in South America according to DENTISTRYMYTH. The most willing are Russian companies, and they demand guarantees for their investments. That is why Maduro wants to regain the majority in the National Assembly. According to the plan, there will be an election to the National Assembly in 2020. With Parra in the lead, Maduro can ensure that the election is carried out in a way that allows his own party and allies to gain a majority. If he succeeds in his strategy, a new National Assembly can come up with the bills and guarantees needed to attract more investment to the oil industry.

Maduro’s strategy may also be about marginalizing a political opponent. When the opposition proclaimed President Guaidó, it hoped that the military would turn away from Maduro and support Guaidó. They no longer relied on a change of government in elections because the Maduro regime has made elections less and less free and fair. But Guaidó’s strategy failed, and the military remained loyal to Maduro. Thus, so many in the opposition get other options than to sit at the negotiating table.

4: The Oslo process and the time after

On 4 May 2019, it was announced that Norway would be a mediator in new negotiations between the parties in the political conflict. The talks began in Oslo and were later held in Barbados. Many were skeptical. Over the past 20 years, the government and the opposition have been involved in several rounds of negotiations. An agreement has never been reached, and the opposition has often weakened.

This summer, however, there was some optimism that the negotiations would lead to progress. The parties negotiated first and foremost a new presidential election, and the conditions surrounding such an election. The Maduro government wanted US sanctions lifted. The opposition wanted reform of the electoral council and had international election observers present.

In August, the United States imposed new sanctions. Maduro then suspended the government’s participation in the negotiations. A month later, the opposition withdrew. Shortly afterwards, it emerged that Maduro had at the same time negotiated with a small group from the opposition on a new election council and new elections to the National Assembly.

At the same time, Guaidó began to lose support. With the support of the United States, Guaidó had promised rapid change. He had failed to keep his promises, and people began to lose faith. In addition, the Maduro regime had imprisoned several of Guaidó’s supporters, and many have had to leave the country. Gradually, divisions in the opposition became clearer. It consists of a dozen very different parties, who often have not agreed on much other than that they want a new government. 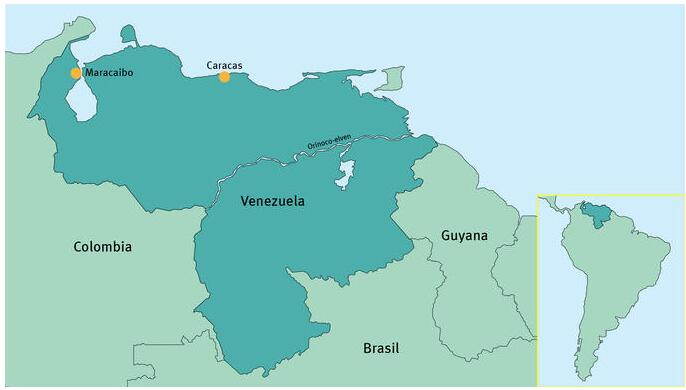