8: The human rights situation and migration

Why do people not protest anymore, when life is so difficult? When Guaidó declared himself president of Venezuela, as a country located in South America according to EHISTORYLIB, in January 2019, it was in the middle of a wave of demonstrations. There were mass demonstrations over a longer period of time also in 2014 and 2017. Later there have been many, but smaller demonstrations.

Two things explain it. First, people are scared. According to the human rights organization Foro Penal, 15,045 people were arrested for political reasons between 2014 and 2019.

Another major human rights problem is extrajudicial executions carried out by police and special forces. These take place in various operations to crack down on crime. According to government figures , 6,856 people were killed in security operations between January 1, 2018 and May 2019 . In addition, there are abuses carried out by government-affiliated civilian militias and armed gangs. The armed militias have over 1.6 million members.

Another explanation for smaller demonstrations is simply that there are fewer people left. According to official figures, 4.5 million Venezuelans have now fled the country . About 15 percent of the population, or almost as many as live in Norway. Many believe that the number is higher and the UN High Commissioner for Refugees estimates that 6.5 million people will have traveled by the end of 2020 .

Another phenomenon is that people are moving from the countryside to the capital Caracas because there is now a humanitarian crisis in the countryside in parts of the country. There, health services, water and electricity supply work even worse than in the cities, and in some areas there have been both famines and outbreaks of serious disease epidemics.

9: The future of Venezuela

So what can one expect from 2020? The Maduro government has shown its willingness to set aside all socialist principles in order to survive and circumvent US sanctions. Some of the consequences are the dollarization of the economy, acceptance of criminal economic activity, and what can be called a paramilitarization of the state.

What we are seeing now is a paradoxical situation in which the government is increasingly controlling politics, but has lost control of society and territory. It also makes a political solution more difficult. A negotiated solution does not seem very likely in 2020. What could change the situation are new signals from the USA and China. Both have expressed support for new negotiations. In other words, the key to the success of new negotiations can be found outside Venezuela’s increasingly porous borders. 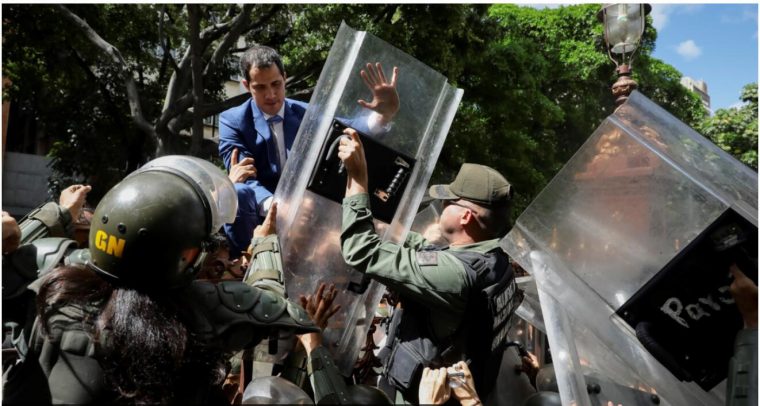