Previously, it was no man’s land. Large parts of the Arctic seabed will now be distributed between the five states that surround the Arctic Ocean. At the same time, sea ice is melting faster and faster, making the rich natural resources in the region more accessible.

Developments in the Arctic have long been a topic for those particularly interested. The “Arctic Ocean” was rarely mentioned in headlines in the international press, but this changed abruptly in 2007 when a Russian mini-submarine placed a Russian flag on the seabed just over 4,000 meters below the North Pole . The submarine had been sent out to document the outer limits of Russia’s continental shelf . The other states in the Arctic became uneasy: Would Russia claim the North Pole?

The Canadian Secretary of State in particular went to great lengths to state that “This is not the 15th century. You can not just go around the world and plant flags and say ‘We demand this territory’ ». Canada itself had ambitions to secure control of the symbolically important North Pole and disliked the Russian advance. The Arctic Ocean is also potentially economically important: a large proportion of the world’s undiscovered oil and gas deposits are in the Arctic. Climate change will also be able to help make these resources easier to extract. This led to a heated debate in several countries about the need to act quickly to secure influence in the Arctic.

The region has long been characterized by good international cooperation on the management of natural resources and the environment, but also military rivalry between the Soviet Union / Russia and NATO. For a long time, people have lived with a fear that a military conflict could arise in the Arctic as a result of great power rivalry elsewhere. But a military conflict over the Arctic, over control of sea areas and resources, is far less likely.

2: Convention on the Law of the Sea

The rules of the game for how to proceed to draw boundaries at sea and define the outer borders of the continental shelf are laid down in the UN Convention on the Law of the Sea. This is the “constitution” of the sea .

Outside the outer boundaries of the continental shelf, or on the seabed where the shelves do not extend that far, we find the so-called deep seabed (see illustration below). The mineral resources on the deep seabed are “the common heritage of mankind” and the exploitation and exploration of these resources is managed by the International Seabed Authority. In the Arctic Ocean, there are few areas that are considered deep-sea bottoms and where the principle of humanity’s common heritage will apply. Once all the issues related to the outer borders of the continental shelf have been resolved, most of the seabed will be controlled by the five coastal states.

3: How should the boundaries be drawn?

National requirements related to where the outer boundaries of the continental shelf are to be drawn are dealt with in the UN Continental Shelf Commission. The Commission must operate strictly scientifically – it is neither a court nor a political body – and all claims must be substantiated by scientific documentation in the form of collected geological material. After a state has submitted a claim, the Commission will review the documentation before submitting a recommendation. As a large number of claims will be made globally, it is expected that it will take a long time, perhaps several decades, before the entire process around the Arctic and the North Pole is completed. Where the requirements of two or more states overlap – which will probably be the case on the seabed at the North Pole – the countries involved must negotiate a solution.

Of the five states bordering the Arctic Ocean, Norway has so far come the furthest. As the only one of the five countries, we have already completed our claims in the Continental Shelf Commission. This happened in 2009. In the case of Norway, however, there was talk of relatively limited sea areas (see map below).

Russia and Denmark have also presented their demands. With a coastline stretching almost halfway around the Arctic Ocean, Russia not only has by far the largest economic zone, it also has the largest continental shelf. Russia submitted a claim as early as 2001, but was asked to provide additional documentation to substantiate the border requirement. Only in 2015 were the Russians ready to try again. If the Continental Shelf Commission accepts the new documentation on the outer borders of the Russian shelf, Moscow will gain control of an area of ​​1.2 million square kilometers (this corresponds to an area almost four times as large as mainland Norway).

The Danish authorities have submitted demands for demarcation related to five different areas: two off the Faroe Islands and three off Greenland. According to findjobdescriptions, the requirements were submitted to the UN between 2009 and 2014. Only the requirement for an external border north of the Faroe Islands has so far been completed. Most tension, however, is related to the demarcation north of Greenland, which includes the seabed below the North Pole. The Danish requirement partly overlaps with the Russian, and probably also with the future Canadian requirement.

Canada plans to advance its claims in 2019. The United States has come by far the shortest. This is because Congress has so far refused to ratify the Convention on the Law of the Sea, which puts the US government in a difficult situation. Several presidents, most recently Barack Obama, have tried to persuade Congress, but so far without success.

The division of the seabed under the Arctic Ocean has become topical due to global climate change. Until relatively recently, the issue of commercial exploitation of natural resources in the Arctic Ocean was a non-issue. Difficult climatic conditions with darkness, ice and extreme temperatures made the ice-covered parts of the Arctic uninteresting from a market economic perspective. But in few places is climate change more visible than in the Arctic, where previously ice-covered seas are now increasingly ice-free in the summer months.

The rapid and violent changes create great challenges, not least on land. When the permafrost thaws, for example, it has major consequences for building mass and infrastructure. In several places, the upper layer of tele now melts during the summer months and transforms the ground into mud holes and shallow lakes. It will be very costly to adapt existing Arctic settlements to the new conditions. Warmer and wilder weather contributes in addition to increased erosion in the coastal areas, where much of the Arctic population lives.

The researchers also fear that warmer summers will lead to emissions of enormous amounts of methane gas that are currently trapped in the permafrost. As a greenhouse gas, methane is over 20 times more powerful than CO 2 , and the warming of the Arctic thus contributes to increasing the speed of global warming. 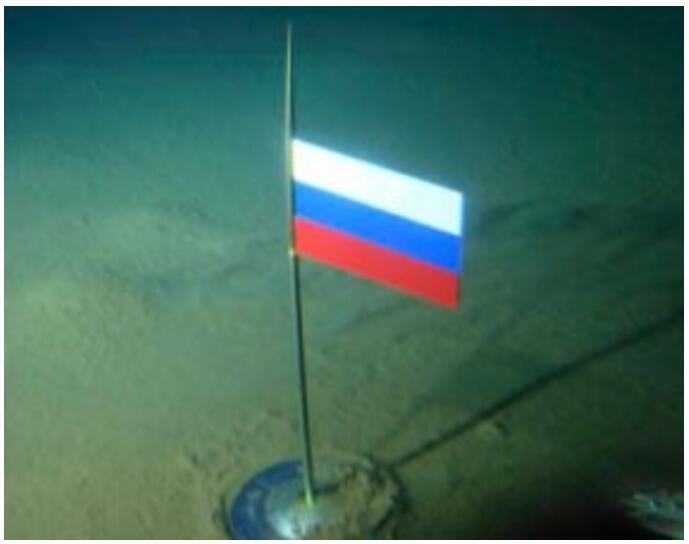